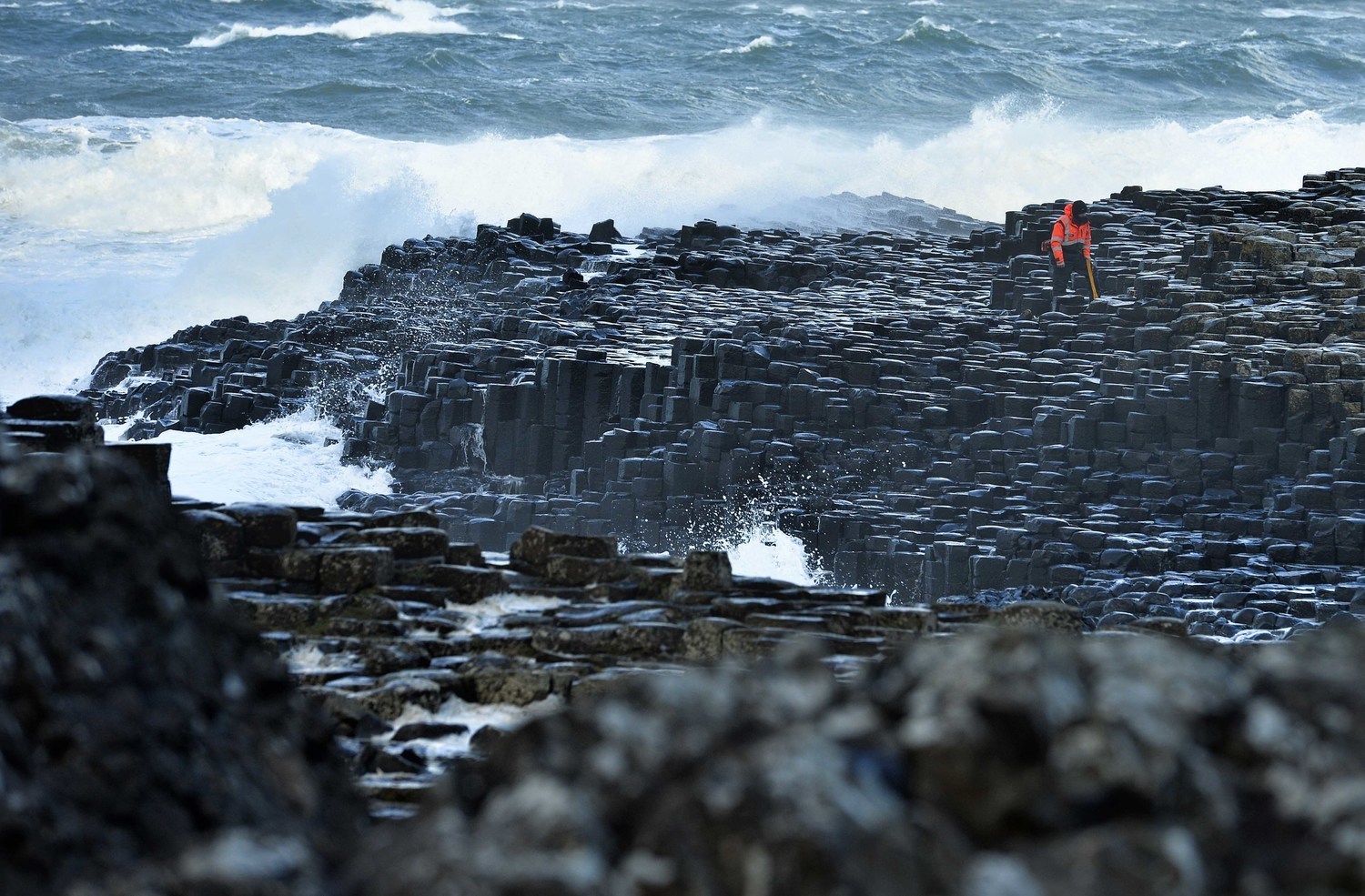 WITH the north coast’s stunning scenery and outdoor lifestyle to enjoy it is little wonder that women living in the new Causeway Coast & Glens council area have the longest life expectancy in any of the 11 councils.

However, the remainder of our measures reveal less favourable findings.

Relatively high levels of unemployment, high rates, low earnings, high levels of pupils entitled to free school meals and moderate levels of educational attainment are among the areas of concern with Norah Robinson of Harpurs Hill Children and Family Centre stating that the beauty of the area masks some challenging conditions.

“Overall the Causeway Coast Council area appears to do quite well in terms of education but there would be problems with deprivation throughout Coleraine,” she said.

“Harpurs Hill Children and Family Centre is based in the ward of Cross Glebe which over the past couple of years has seen a significant increase in the number of children with additional needs.

“Educational attainment in the area would be lower than some of the other areas across Coleraine.

“We used to have an after schools club, which we had to close a few years ago after the economic downturn happened. There was no longer significant need because parents were out of work and were at home and were able to look after their own children.

“Obviously if things improved we would look at after schools again to meet the need in the area – but there aren’t any after schools clubs in our area at this point in time.

“Our local primary school also has a high percentage of children entitled to free school meals in their school and a lot of parents in the area also use the Causeway Foodbank in order to feed their family.”

With the new council having taken its powers on April 1, Norah believes a refocus on where funding is allocated is required.

She said: “Obviously there is a lot of focus on tourism here with things like the North West 200 and the air show, and there is an understanding that the council has to promote those things to bring money and investment into the area but I’ve heard some of the community groups vocalise sometimes maybe it is at the detriment of some of the local communities and the residents who live here.”

This means under the new 11 council system the Causeway Coast & Glens council debt per capita is in the region of £770 per person – the highest out of the 11 new councils.

These liabilities include items such as borrowing, money owed to the council by creditors, bank overdrafts and money being set aside for specific purposes.

At £1,312.65 per head, the new council has the fourth highest level of assets per capita.

These assets include facilities such as play parks, public parks, leisure centres and arts centres.

Rates in the district are the fourth highest of any of the 11 new councils.

As part of the £30m District Rates Convergence Scheme which seeks to ‘even out differences’ between the rates bills charged in legacy councils, a ratepayer, with a £150k home, coming to the new district from the former Coleraine council will receive a subsidy of £43 this year.

The subsidy, which will apply for 25,318 homes in Coleraine, will be phased out over four years.

At 4.6%, the new Causeway Coast & Glens council is joint third (with Newry, Mourne & Down) in terms of highest claimant count levels.

Department of Enterprise Trade and Investment (DETI) figures show that in April 2015 3.7% (3,364) of people of working age were on the claimant count in the Causeway Coast & Glens council area.

Detail Data has used the 2014 annual figure and not the latest monthly figure to provide a more long term picture of employment issues.

Workers in the district are seventh on the list in terms of median annual earnings at £18,305. The median across all 11 councils was £18,764.

In terms of educational attainment, the district comes fifth on the list, with 66.5% of Year 12 pupils in local schools achieving 5+ GCSEs (A*-C) including English and maths in 2014. This figure is higher than the Northern Ireland average of 64.3%.

The district is also fifth in terms of the percentage of residents with a third level qualification. Although at 21% this figure is still below the NI average of 23%.

The district is also fifth highest on the list of the percentage of pupils entitled to free school meals at 17.9%. This is just above the 2013/14 NI average of 17.8%.

Their male counterparts come seventh in the list with a life expectancy of 77.62 years.

At 20% the new district also comes sixth on the list in terms of the percentage of residents with a long-term health problem or disability that limits their daily activity.

The district has an acute hospital (Causeway in Coleraine).

According to the Housing Executive’s District Housing Plans for 2014/15, the four legacy councils from which the new council is comprised had 1,224 residents deemed to be in Housing stress out of a total population of 141,699. This means approximately 0.86% of the population, the fourth lowest of the 11 councils, meet the measure which highlights particular need.

Famed for its coastal road and stunning scenery, the district has some stretches of dual carriageways between Coleraine-Ballymoney-Ballymena and some dualling on the A2 Derry-Limavady road.

The district is also served by rail – with lines to Derry, Portrush and Belfast passing through.

The district also has ferry services from Ballycastle-Rathlin as well as from Magilligan to Moville.