HOUSING EXECUTIVE statistics show that west Belfast had a greater need for social housing than any other part of the city in 2018/19, The Detail can reveal.

Campaigning organisation, Participation and the Practice of Rights (PPR), argues that developing social homes at the 25-acre site of the former Mackie’s textile factory, would significantly help to reduce the current level of social housing requirement in west Belfast.

PPR activist, Elfie Seymour, said: “Mackie’s is publicly-owned land, controlled by the government department responsible for social housing, in the middle of the area of highest housing demand in the state.

“There could not be an easier option if decision makers are serious about tackling the housing crisis.”

PPR has identified a range of sites throughout Belfast which the organisation believes are suitable for social housing development. Elfie and her colleagues have highlighted this through the Build Homes Now campaign.

Elfie told The Detail that COVID-19 has exposed what those in housing need experience every day, “a totally broken housing system where private interests outweigh public need and safety”.

She added: “Before the virus hit we had 15,000 homeless children (throughout Northern Ireland) and street homelessness was on the rise everywhere, because we failed to build safe and sustainable homes.

“No government can have credibility in future if they do not put that situation right and there is no better place to start to reverse the failed policies of the past than at Mackie’s.”

The data also reveals that west Belfast’s mostly Protestant/unionist/loyalist (PUL) neighbourhoods – of the Shankill, Woodvale and Ballygomartin – had a far lower requirement for social housing.

In these areas, the number of social houses allocated by the Housing Executive exceeded the number which were needed. The opposite was true in each of the mainly CNR areas. 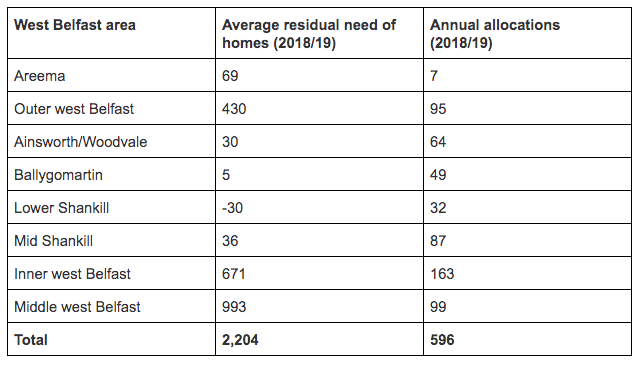 The Housing Executive falls under the remit of Department for Communities (DfC) Minister Deirdre Hargey, who has a statutory responsibility for the provision of social housing.

DfC also owns most of the Mackie’s site, emboldening PPR’s argument about its suitability for social housing.

Ms Hargey declined to address a question, put to her by The Detail, asking whether she supports social housing being built at Mackie’s.

The sole non-Sinn Féin West Belfast MLA is People Before Profit’s Gerry Carroll. He told The Detail that the Mackie’s site is a “massive, vacant piece of land in an area of desperate housing need” and that it would be a disgrace if social housing wasn’t built on it.

Mr Carroll also feels a “lack of political will” is preventing social housing being built on the site, adding that the sectarian divide in politics “sees some of the big parties” fighting to oppose housing being built in areas of Belfast that “they don’t view as their own”.

In February 2020, The Detail reported that 96% of the social housing requirement in north Belfast in 2018/19 was concentrated in the area’s mostly CNR neighbourhoods (click here to view the article).

PPR’s Elfie Seymour previously said that the former MP for North Belfast, the DUP’s Nigel Dodds, had the "significant power to effectively veto” houses being built in certain areas of the constituency.

In West Belfast, the political climate is different given Sinn Féin’s dominance. Paul Maskey, the consituency’s MP, gained a larger vote share than People Before Profit, the SDLP, the DUP, the Alliance Party and Aontú combined in the 2019 general election.

She added: “This call has been echoed by the SDLP, Alliance, Green Party and People Before Profit.

“If homes were built based on the public statements of political parties then we would already be looking at a community of families living on the Mackie’s site and others in the city.

“What is required now is that those parties use their powers at every level where they make decisions – council, assembly and Stormont departments – to curtail private greed and make good on these public statements in support of housing.” 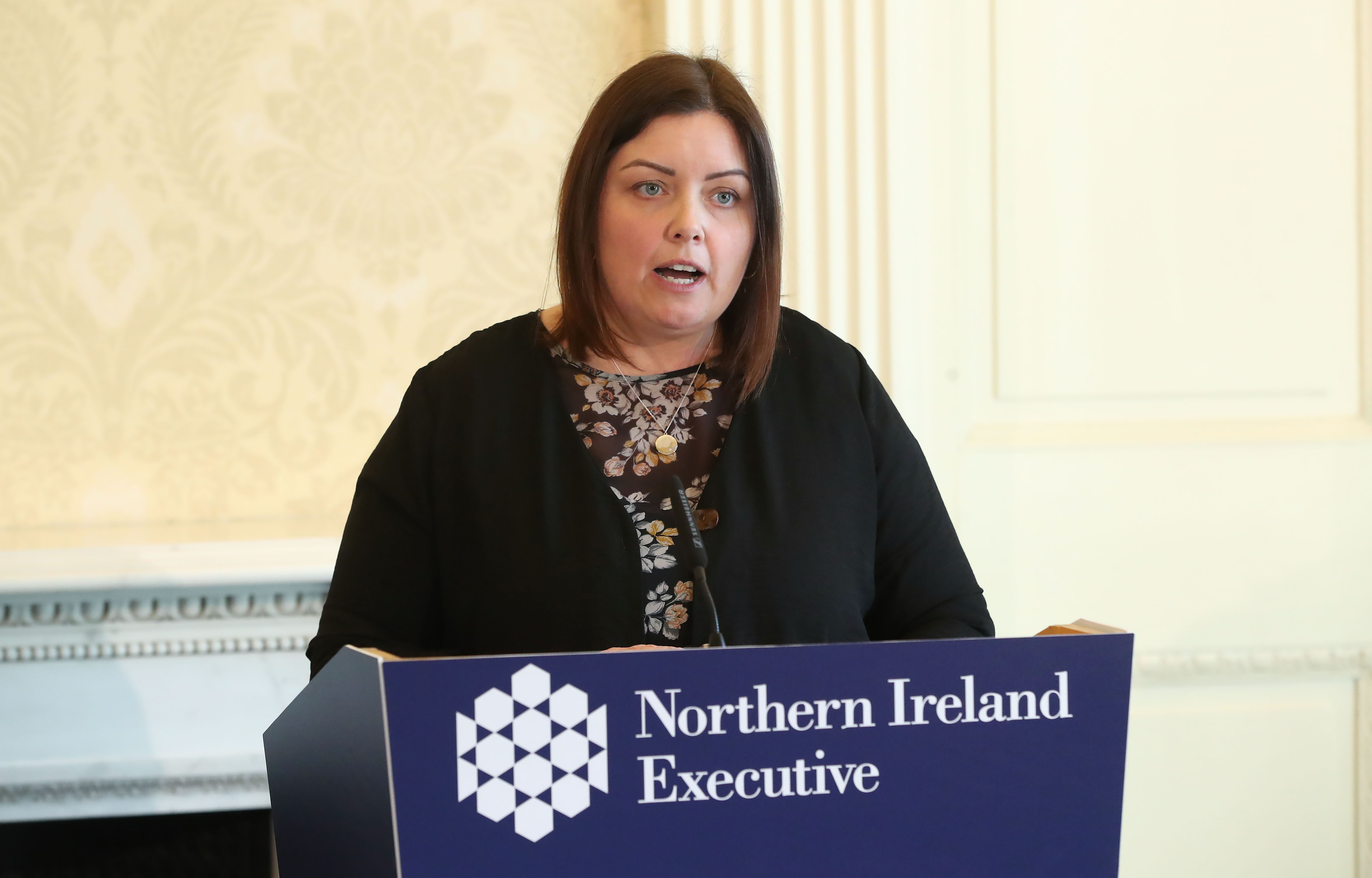 In November 2018, when DfC Minister Deirdre Hargey was the Mayor of Belfast, the council formally acknowledged that the city was ‘in the midst of a housing and homelessness crisis’.

The council also called upon DfC and the Housing Executive to ‘work with the council to use all available powers, including powers of vesting, zoning and planning, to ensure that housing provision meets current and projected needs in the city of Belfast’.

However, a spokesperson for the Housing Executive confirmed for The Detail there are “no plans” for social housing at Mackie’s.

“Belfast City Council has secured Peace IV funding to enable the creation of new shared spaces at that site. This programme will be delivered under the council’s open spaces strategy,” we were told.

This proposal for Mackie’s includes plans for a network of cycling routes and walkways. One purpose of this proposal is to tackle community division in the area, with Mackie’s currently acting as a buffer zone between some of west Belfast’s predominantly PUL and CNR neighbourhoods.

PPR’s Elfie Seymour said: “Social housing and a 'greenway' should be complimentary parts of a strategy to remove barriers, integrate communities and deliver on equality and sustainability.

“For too long 'community balance' and 'good relations' have operated as vetoes to progressing equality and these vetoes have been enforced by fear-mongering, political deal-making and paramilitary threats.

“Inez McCormack, the founder of PPR and a lead architect of the Good Friday Agreement, summed it up when she said ‘if we had to wait for agreement on housing in the civil rights movement, we would never have got it’.”

While DfC currently owns most of the land at Mackie’s, Invest NI – which falls under the Department for Economy’s control – provided funding for the recently built Innovation Factory, which is on the site as well, and which aims to promote entrepreneurship.

Elfie said: “If this is possible, to support budding entrepreneurs, why is it not possible to support the homeless at Mackies?”

Additionally, a part of the site is subject to a third party land transfer.

Elfie added: “Despite multiple FOI requests, we have been unable to get any answers from the council or DfC regarding why this decision was made and what impact it will have.

“If public land is given away to a private developer in an area where housing need is so acute the public have a right to know why.”

She also said Belfast councillors “need to insist” on a “moratorium on existing plans at Mackie’s” until there is a greater opportunity for public scrutiny of the reasons why all these decisions were made.

West Belfast MLA, Gerry Carroll, feels that Belfast City Council “should be focused on supporting social housing developments and listening to campaign groups who have presented detailed, feasible plans” for sites such as Mackie’s.

He continued: “Every day my office is inundated with people needing adequate housing and you only have to walk the streets through Belfast to see the increase in rough sleeping.

“We have seen endless amounts of hotels and offices being built, meanwhile people are forced to live on the streets and with their friends, and families, in cramped conditions.” 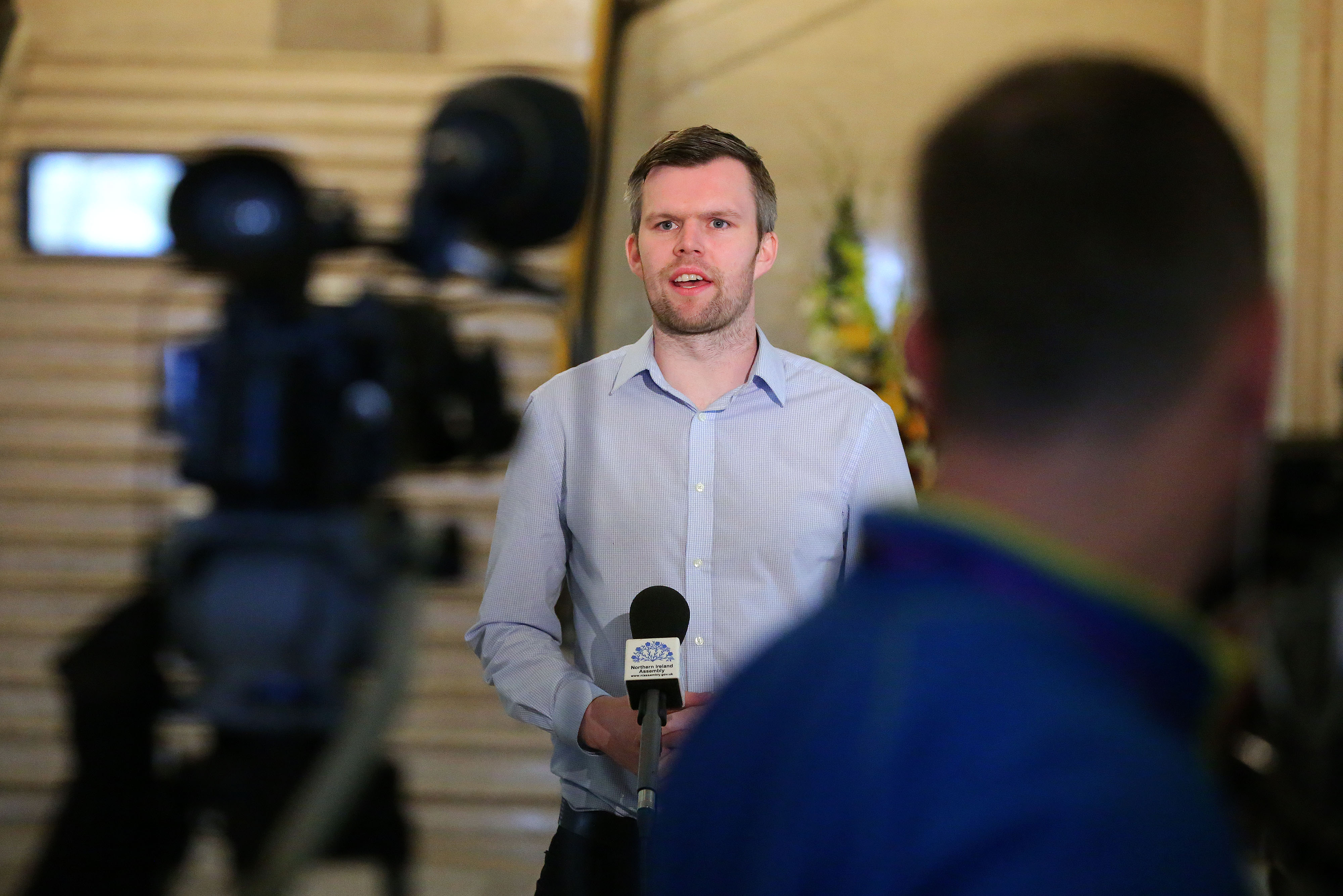 He called for it to be scrapped, feeling it will inflate rent prices and push many people away from the city centre.

However, housing rights activist, Elfie Seymour, added: "Commercial development is not just facilitated by political parties. It is promoted by a culture of decision making which involves elected and non-elected interests.”

Castlebrooke Investments, the group funding this proposed £500m redevelopment of Belfast’s Cathedral Quarter, has financed and developed over £5bn in real estate.

In February 2020, before the impact of COVID-19 hit Northern Ireland, a group called the Yes Men came to Belfast. The Yes Men pull off political stunts aimed at raising awareness around issues which its members believe are of social importance.

While in Belfast, the Yes Men impersonated individuals representing the interests of Castlebrooke Investments.

When doing this impersonation, the group announced that the £500m which was earmarked for Tribeca would instead be diverted towards building a ‘sustainable social housing community’ at Mackie’s in west Belfast.

This announcement was not made on behalf of Castlebrooke Investments. It purposefully misquoted certain individuals and included some false statements.

One of the Yes Men told The Detail he hoped the group’s stunt would bolster PPR’s campaign for social housing to be built at Mackie’s.

Belfast City Council subsequently issued a letter threatening legal action against PPR in connection to some of the activities of the Yes Men.

PPR's Elfie Seymour said it was “very concerning” that the council, “which is funded by the rate payers of Belfast, elected by the people of Belfast and accountable to the people of Belfast”, issued a legal threat to a local human rights organisation that works with “homeless families to secure more social homes”.

The threat, Elfie added, will “only make the people organising and pushing for progress more determined".

She continued: “It tells us a lot about what unelected officials feel is both an appropriate and legitimate use of council efforts and resources.

“They should be acting in our name, not against the interests of homeless families. Councillors of all parties, big and small, should be expressing concern to the non-elected council leadership for their tactics.”

The Detail requested an interview with either the council chief executive, Suzanne Wylie, or the chair of its Planning Committee, Sinn Féin councillor Arder Carson, but neither were made available.

However, a council spokesperson said the Yes Men’s statement, which related to social housing at Mackie’s and the Tribeca project, “was fake and not issued by Belfast City Council”.

The council also said the benefits of Tribeca can be found in the Planning Committee report and in meeting minutes.