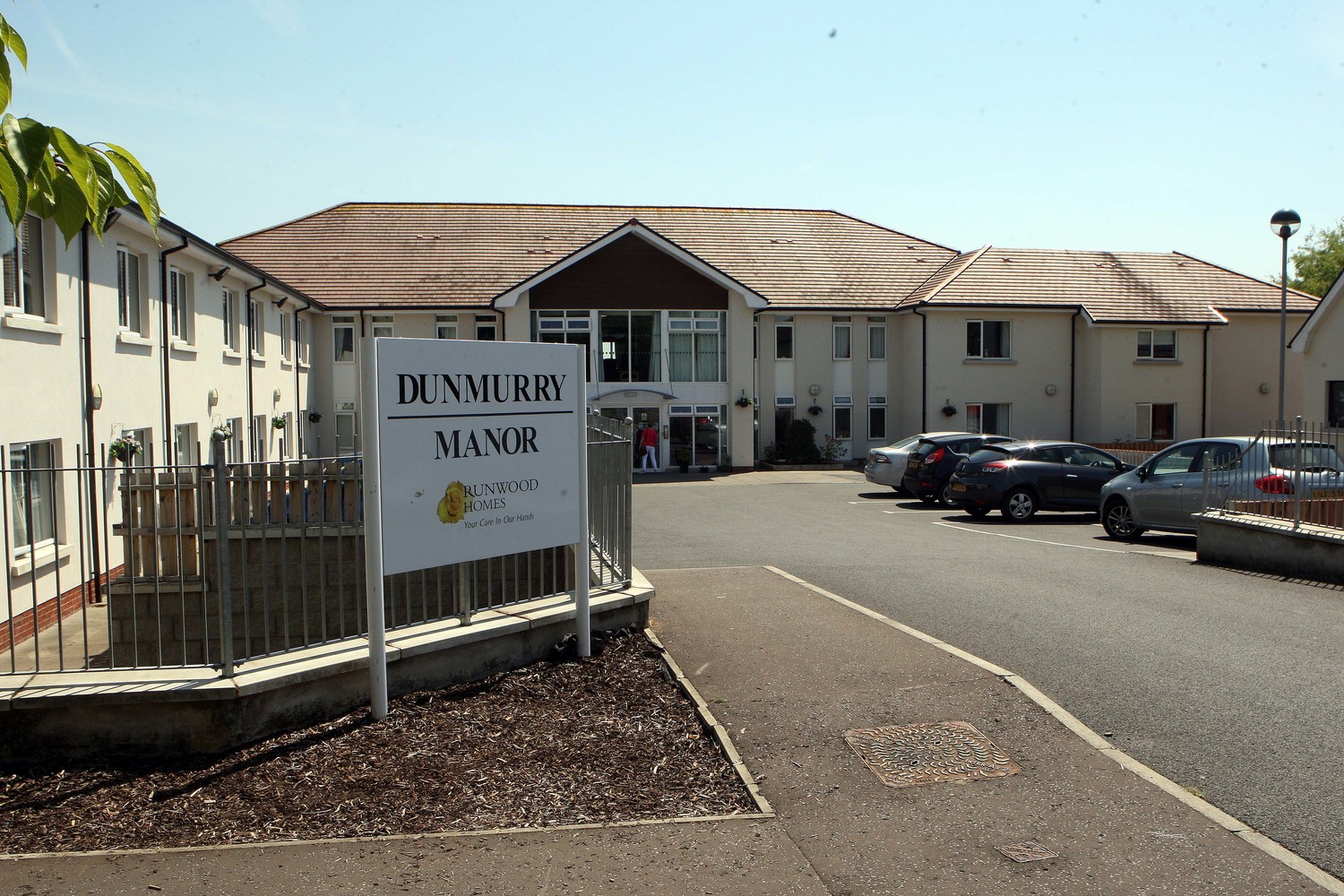 THE outbreak of COVID-19 led the Department of Health (DoH) to cease routine inspections of all care homes in Northern Ireland, The Detail can reveal.

Inspections of care homes are normally conducted by the Regulation and Quality Improvement Authority (RQIA) – which inspects and regulates some aspects of health and social care in Northern Ireland.

An RQIA spokesperson told The Detail the DoH took this decision in late March to "minimise the risk of spreading infection" to those in care homes, a decision which is consistent with what is happening elsewhere in the UK.

This follows the news that the currently reported number of COVID-19 deaths, that are published daily on the Public Health Agency (PHA) website, do not include those which happen outside of hospital settings, such as those which occur in care homes.

The Health Minister, Robin Swann, has said it is the intention of the Northern Ireland Statistics and Research Agency (NISRA) to “provide a further level of breakdown including, as soon as possible, information on deaths in care homes”.

Julieann McNally – who leads a support group for the families affected by the Dunmurry Manor care home scandal – has criticised the DoH’s decision to stop inspections of care homes during this health crisis.

She told The Detail: "While there are care homes in this country that provide excellent care, there are others that consistently fall below the basic minimum level and to pull the RQIA’s inspections – to just stop them – it's putting people in those care homes at further risk.

"It's putting people's lives at risk. It's as basic and as simple as that. You wouldn’t even want to imagine what could be going on in some of those really poor care homes."

The Detail was provided with correspondence which was sent to each of the Northern Ireland health trust chief executives by the Health Permanent Secretary, Richard Pengelly, dated March 26, 2020, which was titled 'COVID-19: preparations for surge.'

This document shows the DoH directed the RQIA to reduce its inspections of services, including those provided at care homes.

Age NI's chief executive, Linda Robinson, told The Detail: "It is really important that older people and families have confidence in the care their loved ones are receiving and are assured that the DoH and RQIA have an effective system in place to ensure that concerns are heard and responded to quickly.

"We would encourage anyone with concerns about the care being provided to a loved one to contact RQIA or their local trust."

It was announced this week that the RQIA’s relative equivalent in England, the Care Quality Commission, will begin recording the number of deaths in care homes in the country.

In Northern Ireland, an RQIA spokesperson told The Detail it can’t “provide details of the cause of deaths in care homes” due to a lack of confirmatory COVID-19 testing, despite care home providers being compelled to inform the RQIA when deaths occur.

However, NISRA is aiming to release statistics on the number of COVID-19 deaths which have occurred outside of hospital settings from Friday April 17 onwards. NISRA has said it will report, where possible, if these deaths took place in care homes. 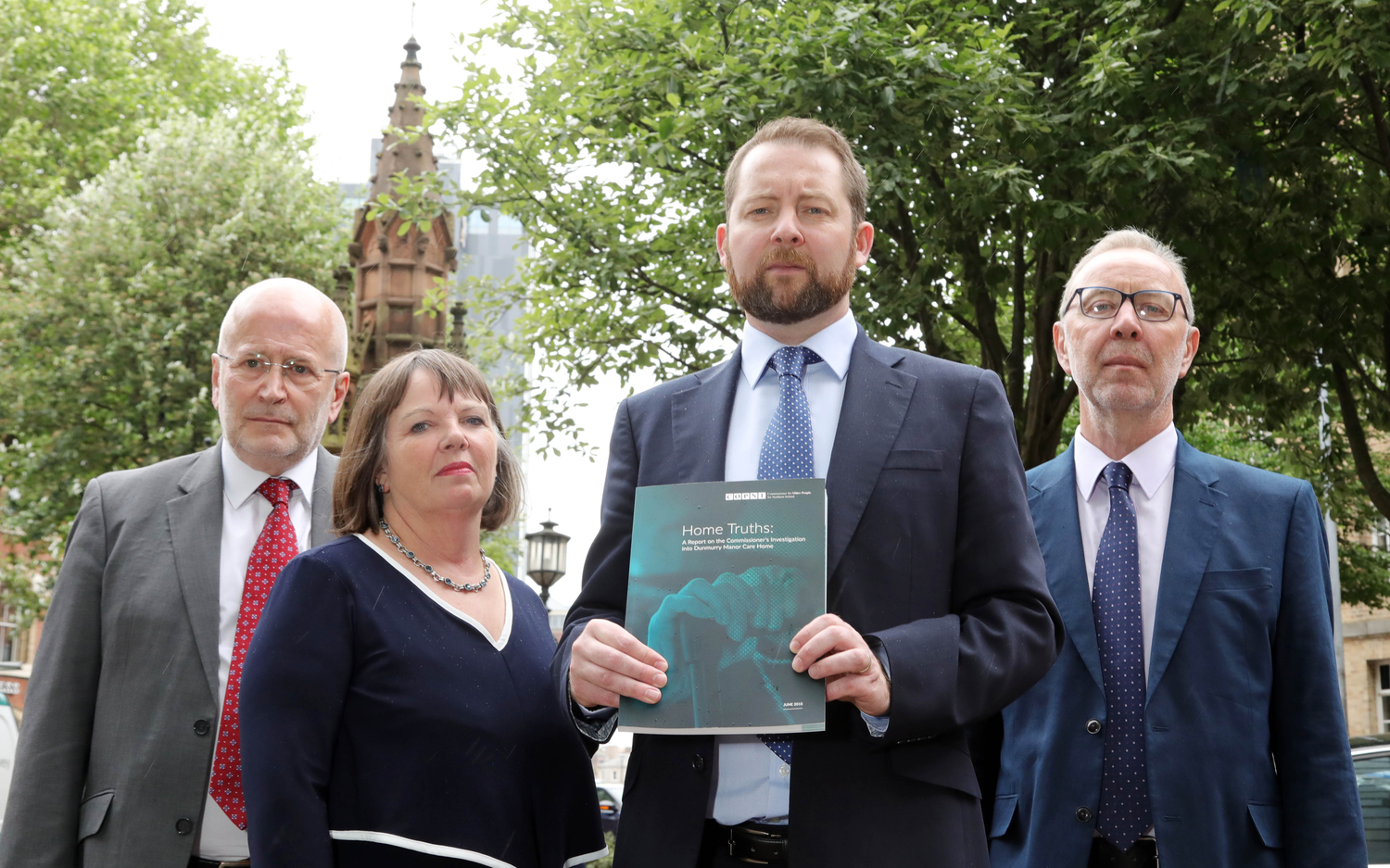 Eddie Lynch is the Commissioner for Older People for Northern Ireland (COPNI).

His Home Truths report, published in June 2018, states that Dunmurry Manor, where Julieann McNally’s grandmother, Annie McCourt, was a resident, had an environment of "poor care and treatment, serious safeguarding issues and medicines management issues" which were compounded by a "failure of responsible bodies".

It also found "evidence of physical and sexual assaults on female residents, residents leaving the home unnoticed and multiple instances of inhuman and degrading treatment".

Mr Lynch's report continues by saying this happened, despite the facility "being regulated against care home standards within a regime of regulation and inspection".

However, in response the RQIA disputed the findings and said that while it accepted there were instances where the quality of care was not to the expected standard, "we do not agree this meets the definition of institutional abuse".

Julieann McNally told The Detail she has tried to set up a meeting with the RQIA so the Dunmurry Manor families can get a better understanding of the organisation’s issues with COPNI’s findings, but that this has not transpired. She added: “We want to meet face to face.”

"Before Dunmurry Manor you had the Cherry Tree nursing home scandal and now you have Owen Mor which is an absolute replica of Dunmurry," Ms McNally said.

It was reported in November 2019 that COPNI’s Eddie Lynch had met with the PSNI regarding Owen Mor care centre in Derry where there have been concerns regarding resident health and safety.

The Detail reported in January 2020 that the RQIA was unable to confirm the number of deceased former patients of Dr Michael Watt whose records it was looking into, despite almost two years having passed since the DoH instructed the organisation to carry out a review into these matters (click here to view the article).

Mr Armstrong told The Detail an email which he first sent to the RQIA in August 2019, and which he has subsequently re-sent numerous times, which relates to the RQIA's Dr Watt deceased patient review "has never received a response".

He added: "The RQIA has treated me and no doubt others related to deceased former patients of Michael Watt with a lack of compassion.”

"Given all that has happened in these cases, you would assume there is an even greater onus on the inspection of care homes, during this public health crisis, but the DoH has withdrawn this service altogether.

“It’s quite sad and frightening what could be going on within care homes at this time.”

An RQIA spokesperson told The Detail it will conduct inspections if it has "specific safety concerns" and that its "inspectors are available from 8am to 6pm to speak with care providers".