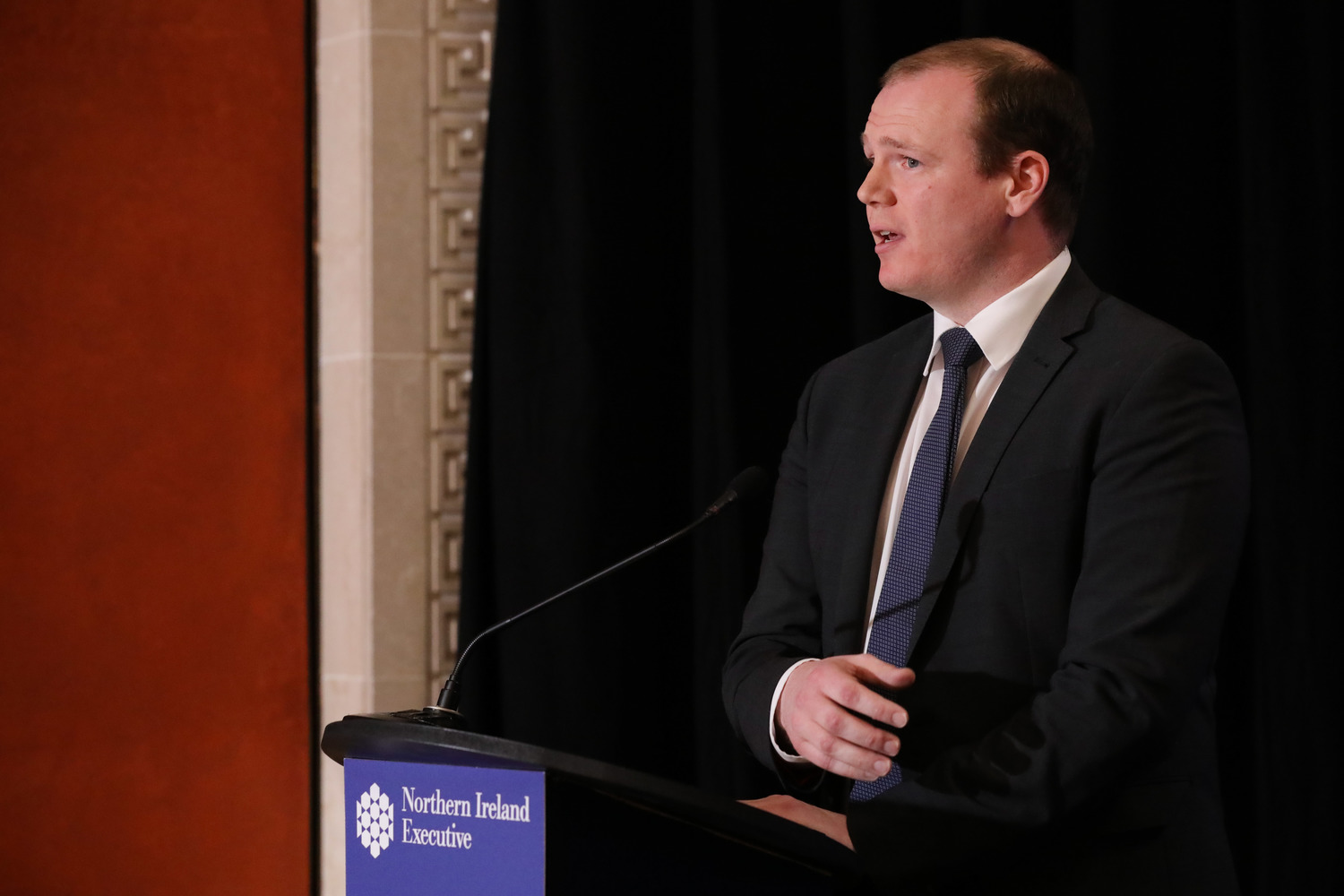 FIGURES are being withheld on the current take-up of upgraded broadband services provided as part of a Stormont scheme set to cost almost £200m of public money.

Run by the Department for the Economy (DfE), Project Stratum is set to provide 84,500 largely rural premises in Northern Ireland with the capacity to avail of adequate broadband services (30 Mbps) which they could not previously access.

By the end of 2021, Fibrus had provided 22,000 premises with the new potential to access adequate broadband – more than one-quarter of those set to be reached under Project Stratum.

However, while these 22,000 premises now have the capacity to access 30 Mbps broadband – the number of these which have actually availed of these upgraded services is being withheld.

The DfE told The Detail this information is “regarded as commercially sensitive”, but that Fibrus have said take-up “is in line with expectations at this stage in the project roll-out”.

In addition, Fibrus told The Detail: “We cannot provide this information. Home and business owners can access full-fibre broadband through a range of providers once they are connected via Project Stratum.”

However, Aidan Campbell – the Rural Community Network’s policy and public affairs officer – believes that given the vast public expenditure on Project Stratum, the take-up of broadband as a result of it should be in the public domain.

“In terms of making an assessment of value for money, we’re going to have to find out how many premises actually signed up or got connected as opposed to the number of properties that had the potential to be connected.”

Mr Campbell has himself become a Fibrus customer following on from Project Stratum. He said: “It costs us £50 a month for Fibrus and it has given us decent broadband, but it’s expensive enough.”

Under two weeks ago, Fibrus representatives had to explain to a DfE committee meeting why some Fibrus customers, connected via Project Stratum, have more expensive broadband contracts than some of the company’s other customers based elsewhere in Northern Ireland.

Mr Campbell said: “There are lots of cost pressures on households at the minute. Between energy bills, food bills – everything is going up.”

The rural rights worker also said you “have to quantify what digital exclusion looks like”. He added: “It’s one thing providing the broadband infrastructure out into rural communities, which in fairness we have been arguing for – for years, but that’s not the only barrier.

“Rural areas have been so far behind for so many decades when it comes to infrastructure, that digital exclusion is still going to be a problem post-Stratum as there will be a period of ‘catching-up’ to still be done.”

A Northern Ireland Audit Office (NIAO) report on the contract award and management of Project Stratum – published in December 2021 – highlighted concern about the value for money of the broadband rollout scheme, as it found “potential for some premises to have been commercially viable without subsidy”.

The NIAO report states: “In September 2020, shortly after the department (DfE) had issued the letters intending to award the Project Stratum contract to Fibrus, the unsuccessful bidder (BT) submitted details to the department of already built and planned further investment to extend fibre coverage providing speeds above 30 Mbps to premises across Northern Ireland.”

BT’s submission included information which showed the company had already provided, or already planned to provide, 30 Mbps broadband services to 16,000 premises “which had been identified within the Project Stratum target intervention area and which initially were part of BT’s bid”.

The NIAO report continues: “The fact that BT shared details with the department of changes made to its commercial plans…that impacted on the Project Stratum intervention area, very soon after the contract was awarded, raises questions about the need for public subsidy in the first place for a large number of properties which were included in the project.”

Fibrus said it remains committed to covering the premises in question, while the DfE said: “Where there is the potential for any overbuild, there is a mechanism within the contract to de-scope premises where commercial intervention is planned.”

However, the department also maintained: “After the first full year of deployment there is no evidence of this (overbuild) and deployment continues as planned.”

Meanwhile, Openreach – a subsidiary of BT – told The Detail: “We regularly review and update our build plans sharing this information with public bodies in accordance with our commitment to transparency.

“Our build plans evolve over time; with developing technologies and working practises, premises which may not have been commercially viable a number of years ago may now be so.”

The Rural Community Network’s Aidan Campbell said: “My only concern is that some of those 16,000 premises could miss out due to the confusion around who exactly is responsible for, and committed to, providing them with the necessary broadband infrastructure.”

The NIAO’s December 2021 Project Stratum report also found: “There are concerns around the number of properties that will be covered by the project.”

However, the DfE maintained this extra investment did not come as a direct result of the NIAO report – rather that it came about as part of an “ongoing process”.

To alleviate concerns about spiralling costs, the department said public expenditure on Project Stratum is capped at £200m and it will operate within these parameters.

Furthermore, the DfE also said that the new plans now include “all currently identified eligible premises”, in Northern Ireland, “bar less than 40 harder-to-reach for which site surveys are being conducted by the contractor in order to identify a viable solution”.

The DfE added: “Any additional premises identified as eligible for public intervention, based on further information made available to the department, will also be considered for existing and future intervention schemes.”

The Rural Community Network’s Aidan Campbell said he broadly welcomes this investment “if all premises can be covered” but, regardless of that, he said “digital exclusion is still going to remain in rural communities”.