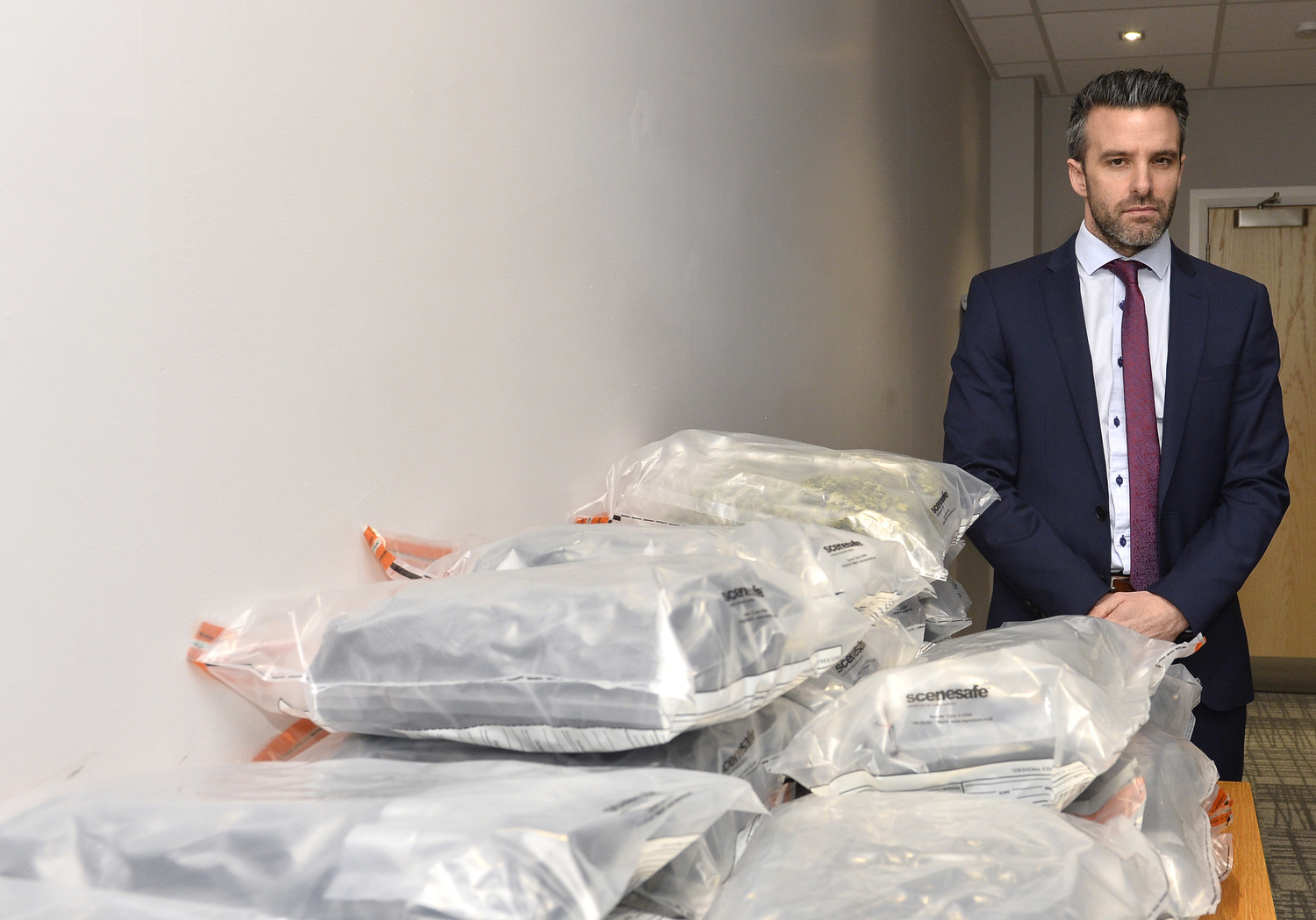 CANNABIS was seized by the Police Service of Northern Ireland (PSNI) more often than the force collected all other drugs combined in the last five years.

Officers seized the Class B drug, which has been legalised in many states in America and decriminalised in parts of Europe, at a rate of 15 times per day.

Some local politicians say the current criminal justice-focused approach is “skewed” and has “categorically failed”.

However, other elected representatives have maintained that the non-medical use of cannabis should not be decriminalised or legalised.

Cannabis was seized by the PSNI on almost 26,500 occasions, from the start April 2016 until the end of March 2021. The force carried out only just over 16,000 seizures of all other drugs combined in this time.

Benzodiazepines and cocaine were the drugs which were gathered by the PSNI the second and third most times, respectively, during this five-year-period.

However, both were retrieved at lower than five times the rate at which cannabis was seized.

There were also just over 1,000 heroin seizures and 1,000 ecstasy collections respectively in this time. The number of retrievals of both of these drugs, by the PSNI, have fluctuated over the five years.

By contrast, the number of cannabis seizures have risen each year in this period.

The North Down MLA is in favour of cannabis legalisation and believes such a move would represent a “welcome first step towards introducing a harm-reduction approach to drug use”.

Meanwhile Alliance MLA, Paula Bradshaw, told The Detail the PSNI cannabis seizure statistics don’t “necessarily” show that the PSNI’s approach is flawed, but they “perhaps show an approach primarily based on criminal justice is flawed”.

PSNI Detective Inspector Kyle Corrigan said his force’s “priorities are very clear”. He told The Detail: “We work every day to keep people safe and to bring offenders to justice.

“Different drugs, including cannabis, affect people in different ways – but all have the very real potential to cause significant harm.”

The senior police officer also said the illegal drugs market funds organised criminality and leads to the “criminal exploitation of the vulnerable”.

However, the Greens’ Rachel Woods said: “Much of the criminality and violence associated with the drugs trade in Northern Ireland exists because prohibition creates a black market.

“If drug use was decriminalised and regulated, society as a whole would benefit – as well as those affected by addiction.” 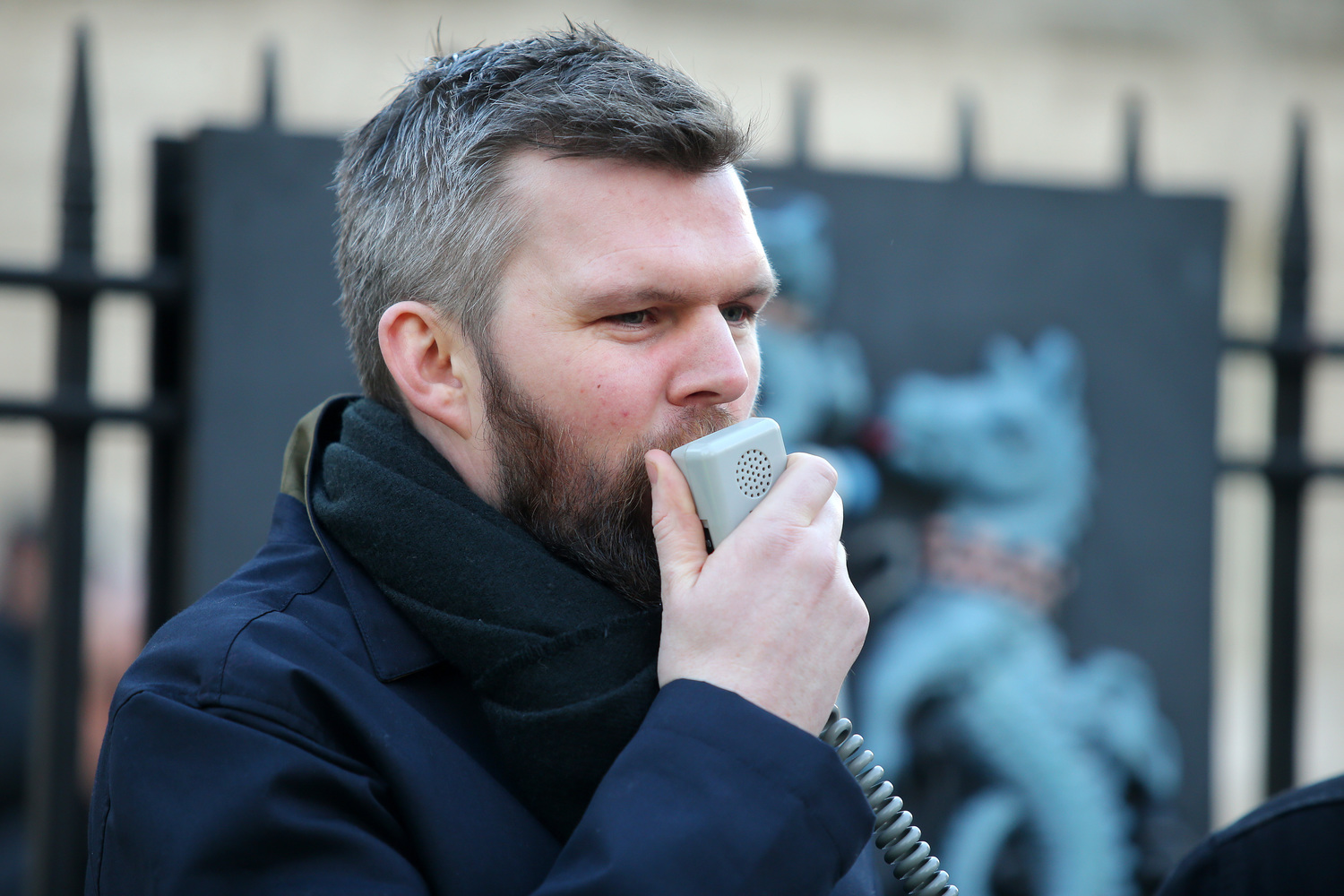 There were 218 drug-related deaths registered in Northern Ireland in 2020, an increase from 191 in 2019 and more than double that recorded a decade ago.

People Before Profit’s Gerry Carroll told The Detail: "The process of criminalisation as a method of deterrence for drug use has categorically failed.

“A strategy of decriminalisation of drugs along the lines of the Portuguese model has proven to work and reduces addiction and harm.

"It’s urgent that we see improved funding for services and facilities for drug users including counselling, occupational therapy, social support and psychotherapy."

The West Belfast MLA, however, added that Sinn Féin “does not support the decriminalisation of cannabis for recreational use”, but does support the “availability of medicinal cannabis based on clinical need and scientific evidence”.

Billy Caldwell, a teenage boy from County Tyrone, was the first patient in the UK to receive a life-long medicinal cannabis prescription funded by the health service. The risks associated with Billy’s epilepsy are greatly reduced by his taking of medicinal cannabis.

South Belfast MLA, Paula Bradshaw, said while Alliance is “broadly in favour of the legalisation of medicinal cannabis”, she believes the “evidence is less convincing” for cannabis legalisation outside of “controlled environments”.

However, her party colleague and Belfast Lord Mayor, Kate Nicholl, stated only last December that she is supportive of cannabis legalisation.

This report follows the recent announcement of the UK Government’s 10-year strategy which aims to come down harder on drug-related crime.

This is despite the House of Commons Scottish Affairs Committee recommending, in 2019, that the UK Government should adopt a public health-focused – rather than a criminal justice-centred – approach to drug policy.

Many Scottish politicians have also called for the UK Government to move responsibility for drug policy and oversight to the devolved regions and away from Westminster, but the Home Office still retains this responsibility.

Stormont Justice Committee member, Rachel Woods, said: “If Westminster continues to fail to reform the UK’s outdated drugs laws, then I would welcome the devolution of those powers to give the Northern Ireland Assembly the ability to modernise the law in Northern Ireland and save lives.”

Health Committee member, Gerry Carroll, said he would also “like to see this issue devolved to Stormont in order that it's treated as a health issue”.