Film on Women’s Coalition recalls the fight for peace 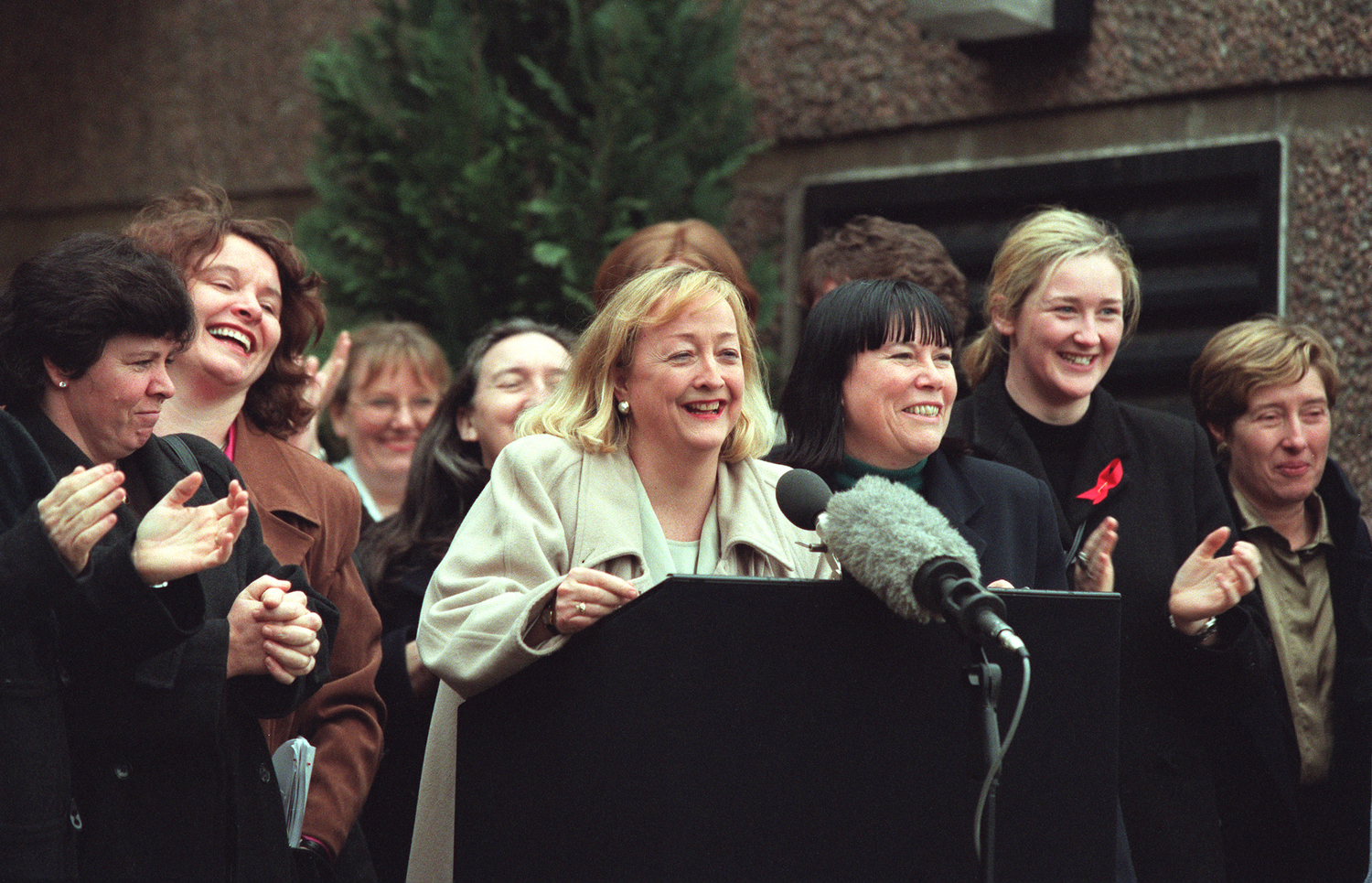 A NEW documentary recalling the Good Friday agreement of 1998 is a timely reminder of how difficult it was to secure the historic peace deal.

There was no guarantee of success at the time but a whole range of factors aligned to deliver an end to decades of violence.

The US government played a key role by applying pressure from outside, but it was also crucial for the talks that pressure for change came from within.

The documentary by The Detail’s sister company Fine Point Films and directed by Eimhear O’Neill examines how the Women’s Coalition provided an important added ingredient which helped to open-up a political arena dominated by violence, by intransigent politics, and by men.

It was a small organisation compared to the established parties, but it had a unique social and political mix in its ranks, which included unionists, nationalists, republicans and loyalists.

Many of the women had worked at grassroots level during the dangerous decades of the Troubles and understood the impact of violence, poverty, domestic abuse and inequality on communities.

They came together to try to make a difference for women and for society as a whole.

Despite the continuing under-representation of women in mainstream politics, the coalition formed a party and gathered a full panel of female candidates within weeks, if not days.

Bernadette McAliskey is among those who provides a critical analysis of the coalition’s role and says: "I don’t think there was a waster in the Women’s Coalition. How many political parties could you say that of?"

The coalition faced a lot of hostility, as the documentary recounts, but it went on to play a valuable role in encouraging dialogue.

It challenged attitudes towards women and championed causes such as integrated education, the needs of victims of the Troubles, poverty and building inclusive politics.

The story of the coalition has international relevance, not just because of its role as a women’s party, but also because it showed that it was possible to do politics differently.

Its reform agenda included an overhaul of policing and justice.

New institutions connected Britain and Ireland, linked Northern Ireland to the Republic of Ireland, and saw unionists and nationalists share power in Belfast.

But the vision for a new way of doing politics faltered, (even before the major threat now posed by Brexit).

At Westminster the Conservatives courted the UUP and DUP for years, discarding impartiality for a few cushioning votes.

Sinn Féin and the main parties in Dublin, meanwhile, began a new battle in the Dáil.

The political process soured at government level and there was a failure to entirely end paramilitary intimidation on the streets.

The 1998 promise of parity of esteem and the vision of a shared future were not delivered.

What can be done to get the process back on track?

A Women’s Coalition member featured in the documentary reminds us of a key lesson: “Peace is people choosing to live differently...”

Receive The Detail story alerts by email
Despite Stormont deadlock, new data on parades shows progress is possible
UN concerns over use of isolation in British prisons raises further questions for justice department