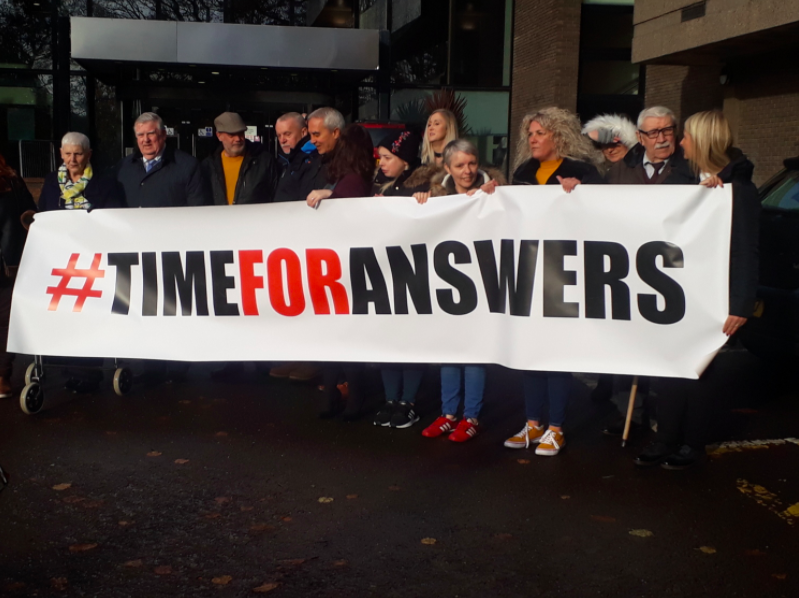 Former patients of Dr Watt protesting outside the DoH building in Stormont.

THE review of Dr Michael Watt’s deceased former patients’ medical records has been delayed again, The Detail can confirm.

Commissioned by the Department of Health (DoH) in May 2018, the Regulation and Quality Improvement Authority (RQIA) is responsible for undertaking the review.

According to the RQIA, phase one of the review – which was also delayed – has now been completed. However, phase one did not involve any review of the records of the neurologist’s former patients who are now deceased.

The Detail can now confirm that phase two of the review is also facing an undetermined delay.

This phase involves just 45 individuals’ records being assessed, despite there being around 3,500 of Dr Watt’s former patients who died in the ten-year-period prior to the announcement of the review.

In addition, the family members of individuals who died outside this ten-year time-frame were informed that if they contacted the RQIA their loved one’s records would also be reviewed.

This means the true figure of individuals’ records, which will form part of this review, is likely to be higher than 3,500.

Colin Armstrong’s mother, Ruth Armstrong, was a patient of Dr Watt prior to her death in November 2002.

Mr Armstrong told The Detail the RQIA review’s ‘family liaison team’ assured him, in May 2021, that phase two “would be completed by late summer 2021”. He believes his mother's case is supposed to be part of phase two.

However, he said “that commitment has now been broken” as he was recently informed by this group that phase two “could run into spring 2022”.

Mr Armstrong added: “This review is all about delay. It has now been 40 months since it was commissioned and there is absolutely nothing to show for all of the time that has passed.”

The RQIA said phase one was delayed “due to the complexity of the preparatory work that was required and the necessity to establish a legal framework to support access to the relevant records”.

The Detail previously reported on concerns about the necessity for a legal framework prior to its formal publication. In the end, the legal framework document took a year-and-a-half to produce, despite being just over 11 pages in length.

Regarding phase two’s delay, Mr Armstrong said: “This is not the first time I have been misled. I was told in June 2018 that the review of records would begin in September 2018, but this did not happen. The RQIA then subsequently denied that it provided this assurance.

“What will happen when spring 2022 comes? There will be another delay. We have no reason to believe this review will ever be completed or that it will ever get started.” 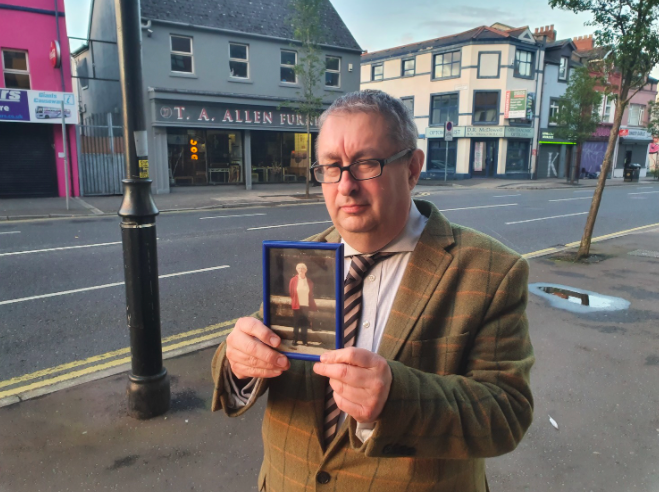 Colin Armstrong holding a photograph of his mother, Ruth Armstrong - a former patient of Dr Watt who is now deceased.

The RQIA has maintained that its ‘expert review panel’ which is made-up of Royal College of Physician consultants, from outside of Northern Ireland, began reviewing records in August 2021 as part of phase two.

The RQIA told The Detail: “These include the records of deceased patients whose family members have approached the RQIA with concerns and those of patients included in the first cohort of the Belfast neurology recall who died before either attending or completing their re-assessment.”

We were also informed by the RQIA that it anticipates this to continue until October 2021, but that the production of “patient summaries” based on the assessments of these medical records may not be done “until after the new year”.

Colin Armstrong referenced how it’s important to remember that the review of Dr Watt’s living patients’ records, as part of the neurology recall, is a “parallel process” to the deceased patient review.

He said: “Both are about reviewing records and assessing supplementary information provided by either the living patients for that review and by family members of the deceased patients for this RQIA review.

“However, phase one of the recall report on 2,950 living patients was completed in 13 months and then published six months later. So why should it take so long to do phase two of this report on just 45 patients? It doesn’t make sense.”

Mr Armstrong also said how he has been “repeatedly told” by the RQIA “this process is ‘complicated’”.

“We can’t trust what the RQIA says about this any longer. Our politicians, particularly the Health Committee, need to scrutinise the failings that have led us here and what has gone on.”

Mr Armstrong also said he has been trying “for a long time” to inform Stormont’s Health Committee that it “needs to take an active interest in these delays and summon the RQIA and the DoH to ask questions of them, about this review, before the committee in public”.

He added: “The RQIA is just a creature of the DoH and I think it’s the DoH making policy. The RQIA is to blame but it’s not alone, the health service lies behind all of this.

“There’s no point in having a health watchdog that isn’t properly independent of the health system, but that’s what the RQIA is.”

Mr Armstrong then referred to the recent report into the resignations from the RQIA’s board as highlighting the organisation’s “dysfunctionality”.

He said: “It’s in the interest of the DoH to keep it like this. It means they don’t have to face scrutiny, especially on a matter as serious as this.

“The RQIA needs to be reformed, but I’m not sure the DoH wants to reform it.” The DoH declined to comment on the issues raised in this article.