More than 1,000 people now living with HIV in Northern Ireland 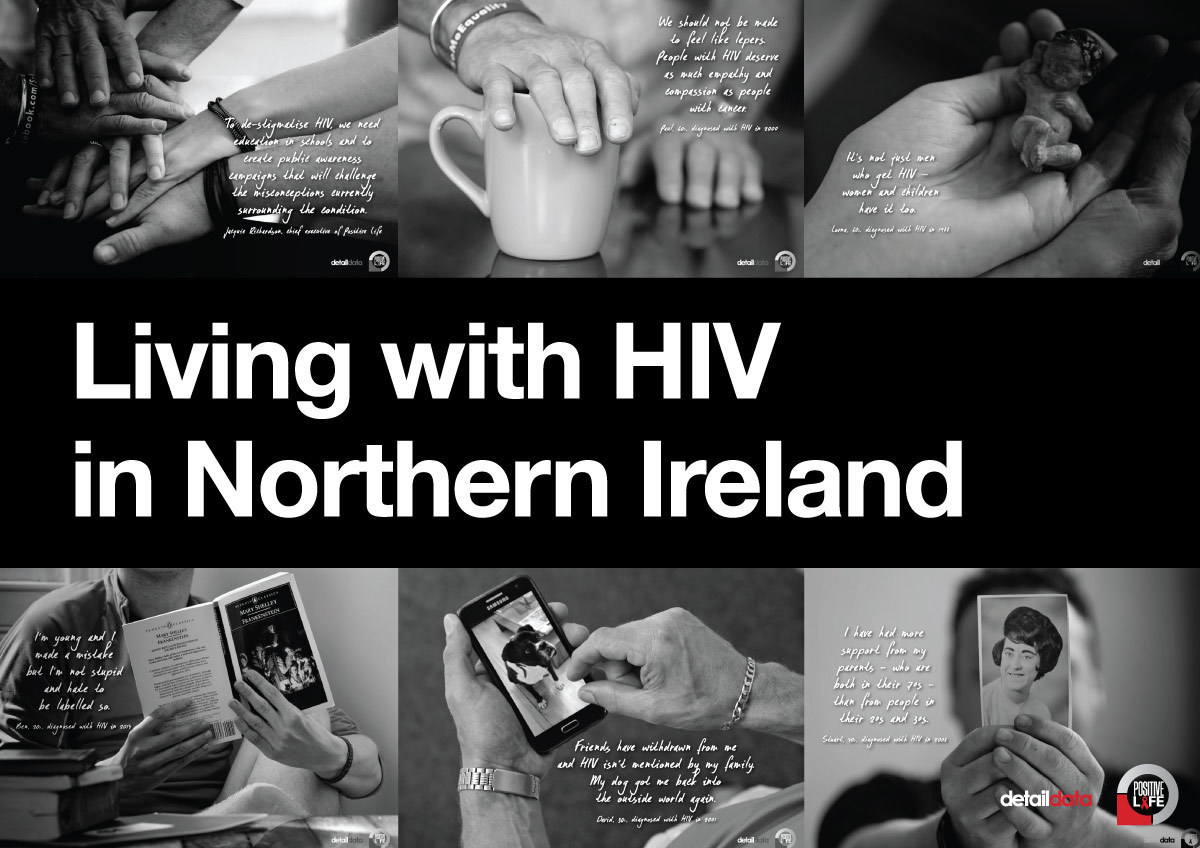 NEW data has revealed that more than 1,000 people are now known to be living with HIV in Northern Ireland, with 94 people being diagnosed with the virus in 2016 alone.

The statistics, published by Public Health England, reveal that of the new diagnoses last year, 72 people were male and 22 were female.

This means, that as of 2016, there were at least 781 men and 219 women in Northern Ireland living with HIV. It is estimated that hundreds more do not know that they have the condition.

Information on the ‘probable exposure category’ was not available for all of the newly diagnosed cases. ‘Sex between men’ remains the single largest known category (35), with ‘heterosexual contact’ believed to account for at least 17 of the new diagnoses.

It is important to note that the ‘sex between men’ category includes men who reported injecting drug use.

Detail Data previously revealed that 934 people were known to be living with HIV in Northern Ireland in 2015. However Public Health England’s figures for 2015 have subsequently been revised down to 923. The number newly diagnosed in 2015 has been revised upwards from 103 to 117.

On this Public Health England state that: “Figures may be different to those released previously due to improvements in the methods used to identify persons seen more than once within the survey year. This method has been applied to all survey years.”

There have been 133 HIV related deaths.

In 2016 seven deaths were recorded, an increase on the five recorded in 2015.

In last year’s Detail Data feature, Positive Life's Jacquie Richardson called for a new Sexual Health Strategy and public information campaign. However, the continued absence of a Stormont Executive has meant that political progress has been limited.

"The lack of an Assembly means that we are losing focus on the need for a sexual health strategy," she said today.

"The lack of an Executive means we have no Health Minister to make decisions on the likes of PrEP [Pre-exposure prophylaxis - daily medication to reduce the chances of infection among high-risk people] and we continue to lag behind other countries.

"Living with HIV is no longer the death sentence that it once was. Early diagnoses means that a treatment course can be determined with normal life expectancy. But if we don’t address the need for early education we are fighting an uphill battle.

"The latest figures show a slight decrease in new cases of HIV in Northern Ireland in 2016, but it is still a very worrying development that we have surpassed the 1,000 people living with HIV mark.

"For such a small population we are out of kilter with the rest of the UK and it is time that more is done to address this.

“There should be no embarrassment or shame in getting a HIV test if a person feels that they are at risk.

"The stigma that is associated is so negative that is it a contributing factor as to why the numbers are so high. We need to address and overcome this ‘Northern Ireland effect’ so that many more can take control of their own sexual health.”

“Our strong advice is to come us at Positive Life at 20 Derryvolgie Avenue in south Belfast to get tested, or to one of the many location across Northern Ireland.”

In response to the figures a Department of Health (DoH) spokesperson said: “A new Regional Specialist Sexual Health Action Plan to deliver a range of programmes to improve sexual health promotion and treatment services in Northern Ireland is expected to be launched by the Public Health Agency in 2018.

"This Action Plan will aim to improve, protect and promote the sexual health and well-being of the population of Northern Ireland.

“Currently the NI Sexual Health improvement Network (set up by the PHA and involving a wide range of partners including DoH) that helped steer implementation of previous sexual health strategies, is in the process of developing the Action Plan.

“The Department recognises the increase of HIV diagnoses in Northern Ireland. The increase may be a reflection on improvements in testing and the numbers presenting for testing. Also, the removal of the ban on the sale of HIV self-testing kits has also led to an increase in the number of HIV cases being identified.”

Figures from the Republic's Health Protection Surveillance Centre recorded a total of 508 new diagnoses in 2016.

To read the stories of people living with HIV in Northern Ireland, click here.

The data from this story can be accessed here.

Receive The Detail story alerts by email
Housing intimidation: is the system being abused?
UN concerns over use of isolation in British prisons raises further questions for justice department