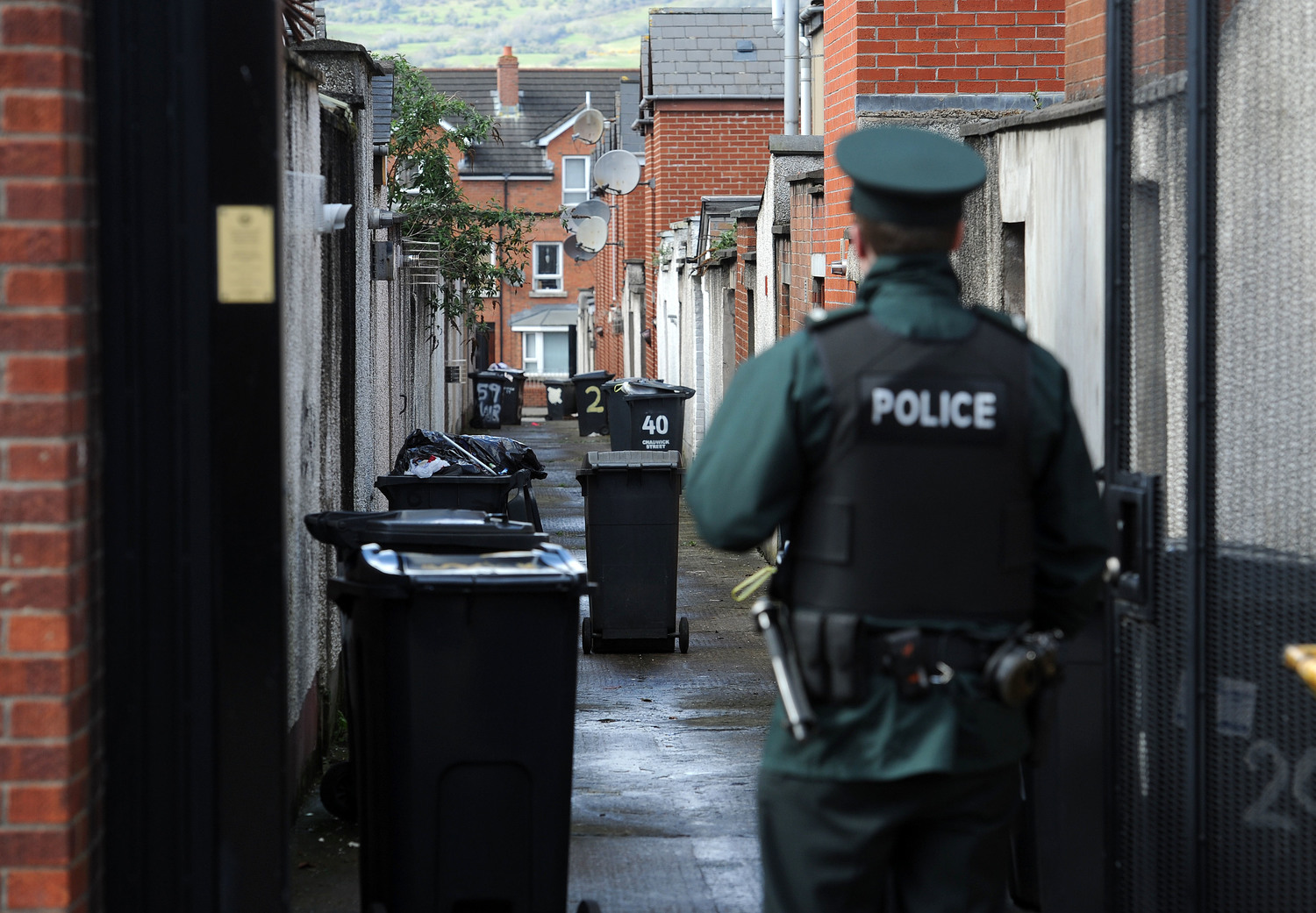 THE police would not inform a Polish woman about how they came to know of an arson threat against her rented property in the Village area of south Belfast.

This woman, who wishes to remain anonymous due to the threat, said that while the PSNI told her they were aware her house could be set on fire, she was only informed that this came from “another department” within the police.

She was not told who made the threat, which came in March this year, or how this other “department” came to know of it.

The woman said: “I went to Lisburn Road police station to discuss it and I said ‘this is not good enough.’ What kind of information was it? Was it written? Was it a phone call? Was it a text? How did they come to know of the threat and who made it?”

The Detail asked the PSNI if this information came through intelligence sources.

Chief Inspector Gavin Kirkpatrick told us: “We do not discuss the security of individuals and no inference should be drawn from this.

“However, if we receive information that a person’s life may be at risk we will inform them accordingly. We never ignore anything which may put an individual at risk.”

This threat came after what the woman described as a prolonged period of intimidation relating to her and her friend’s homes on the same street.

“There were moments when I just wanted to run away, to disappear and never come back,” she said.

The arson threat proved to be a breaking point. Her friends came over to take her diplomas and other things she couldn’t replace as well as some of her money.

She stayed at her colleague’s for a few days before moving out of the Village.

Previously, in June 2019, the woman came back from holiday to see ‘f*** off’ sprayed on her house’s rear door. She didn’t contact the police immediately after this incident, but she did later.

In August 2019, there were further concerning incidents which she also informed the police about.

Chief Inspector Kirkpatrick told us: “Following a number of reports of criminal damage and incidents of anti-social behaviour across the Village area, between August 3, 2019 and August 20, 2019, police arrested four young people on suspicion of being involved in a range of offences.

“Each of the four young people subsequently engaged in a number of intervention programmes.”

The police said they don’t believe there is evidence to suggest paramilitary involvement in these incidents.

Towards the end of October 2019, the woman and some of her friends went to a Halloween party in a Belfast bar.

“About a week later there was a knock at my door and there were two gentlemen standing there,” she said.

The men said there were complaints about her ‘torturing the street’ but they wouldn’t say who made them.

While the men didn’t introduce themselves as paramilitaries, the woman felt it was clear that they were.

She said: “Then they left and they approached my friend’s home. I texted her to see if she wanted to come over and discuss it with me, but I told her to use the rear door. We were both afraid.”

The friend, who is from the USA, had previously experienced a similar visit by one of the men who also came to her door this time around.

The American friend told The Detail: “The men came after the Halloween night out and said we were not to look at or talk to the neighbours who were unhappy.”

A threat then came through, via the American woman’s estate agency, that her ex-husband could be hurt or the property could be damaged if he did not leave the house by 5pm the following day. The estate agency could not tell her who made the threat.

Numerous calls from a third party were made to the estate agency regarding her tenancy. She then contacted Community Restorative Justice (CRJ) which began dealing with her estate agent.

The agency could also only offer her other properties in the same area.

The American friend said: “I then took my ex-husband to Dublin as he has an aunt who lives there. I left him there.” At this point, she went to the police who while “sympathetic” did not provide practical solutions.

She added: “I went back to the house. I kept the curtains drawn on both sides, I kept the door locked. I was told I should tape the letterbox to prevent people burning the house down.”

She was prescribed medication for panic attacks.

The American woman knew the neighbours had cameras and felt they were watching her comings and goings. She said: “I felt like a criminal living in my home. It was a nightmare.”

Later her greenhouse was damaged, her plants were dumped upside down and there were beer cans thrown all over her back garden.

She said she “broke down” and went back to the police who told her she didn’t have any proof of who did it.

When the American friend moved out of her property at the end of January 2020, her neighbours were cheering on the street. She later travelled to the United States, where she is now living.

She said: “The Village is a scary place to me which is sad because I know there are lots of good people there.

“When I explain to people in the US that I lived in this area where it’s predominantly Protestant where there is underlying support for paramilitaries, people can’t understand it.”

The Polish woman, meanwhile, described the influence of loyalist paramilitaries as being “like the mafia".

Her problems continued. In March her keyhole was glued up. Then the most sinister threat emerged.

The Polish woman said: “I was told by police they had received information that my house would be set on fire.

"A threat like that, you take it seriously. I was living on my own.” She bolted up her letterbox.

That the PSNI could not say how they came to know of the arson threat, other than to say it came from “another department” made her suspicious of why more information couldn’t be passed on.

She informed NI Alternatives, a restorative justice group, about the incident. She stayed at the house for a few days, but soon left and hasn’t been back in the Village since.

The Detail previously reported on the story of a homeless Somalian woman, Sahra Mahamuud, and her children, and how they faced racist intimidation which drove them from the Village.

South Belfast’s MP, Claire Hanna, told The Detail: “In the context of the Black Lives Matter movement, it is clear we have a problem with racism and intolerance in Northern Ireland.”

The SDLP representative added that while the two women's story “seemed different” to what Ms Mahamuud experienced “ultimately, there are some people in Northern Ireland who fail to tolerate difference”.

Ms Hanna was also keen to stress that intolerance doesn’t just exist in one community and that it’s “unfortunately prevalent throughout Northern Ireland”.

However, she added: “When you overlay that with there being some neighbourhoods where there is a residual control of paramilitaries and social deprivation, that compounds the problem.”