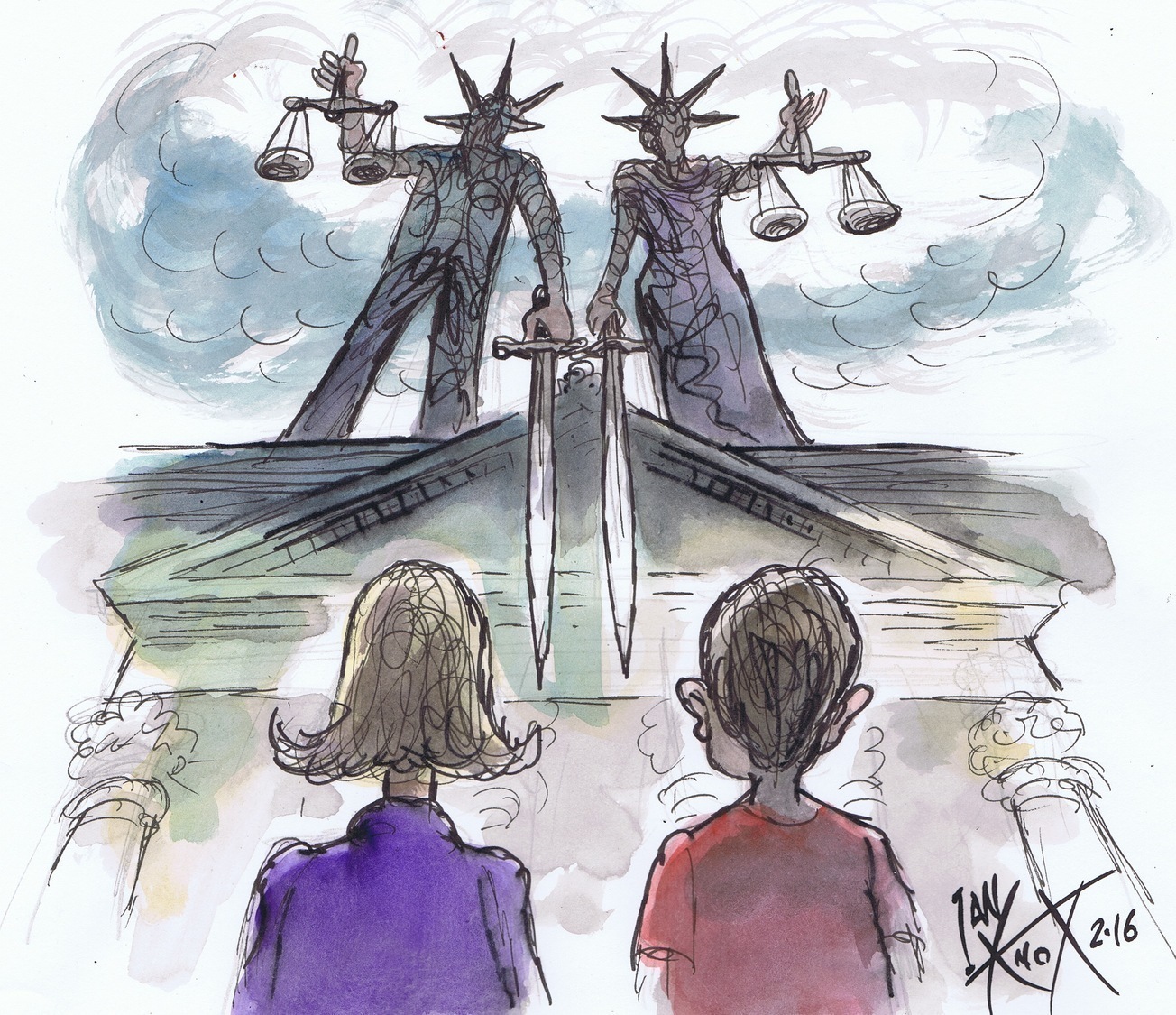 MAJOR changes to Northern Ireland’s family court system have been recommended by a leading judge today following a two year review of the system.

A key element is to encourage mediation for separated parents to divert them away from adversarial court proceedings.

Among the recommendations in the Family Justice Report is the introduction of ‘problem solving courts’ including a new drug and alcohol court and a domestic violence court, which will offer parents struggling with addiction the opportunity to engage with experts and services in a bid to turn their lives around.

The Lord Chief Justice granted us rare access to the family courts, which deal with sensitive issues, normally held in private, such as children being removed from their parents’ care and separated couples fighting over custody of their children.

We found more than 24,000 decisions impacting on thousands of children’s lives were made by judges. Almost half of them were for ‘contact’ and ‘residence’ – generally setting out which parent a child lives with and when they have contact with the other parent.

The article ‘Inside Northern Ireland’s family courts’ and official submissions made individually by The Detail and Detail Data, a project linking data journalists with grass root groups, to the review process are cited in today’s report.

Many of the 176 proposed changes will be implemented directly by the judiciary – others may require legislative change either by Stormont or direct rule politicians.

In a speech today at the Royal Courts of Justice in Belfast, Lord Justice Gillen said: “Another golden thread running throughout this review has been recognition that justice can at times be dispensed more efficiently and arguably more fairly, in settings outside traditional courts. Alternative dispute resolution and mediation are ideas whose time has come. Mediation must become an early port of call in judicial thinking.”

Joan Davis, Director of Family Mediation NI, said: “I am delighted that Justice Gillen has recommended that we seek to prioritise an early intervention approach as the most appropriate and likely to achieve better outcomes for all.

“He also recognises the need for more in-house court mediation and a ‘one stop’ shop approach as developed in New Zealand so that all the issues of modern society that culminate in relationship breakdown can be addressed before consideration of court as an option.”

Other key recommendations in the 268-page report include: 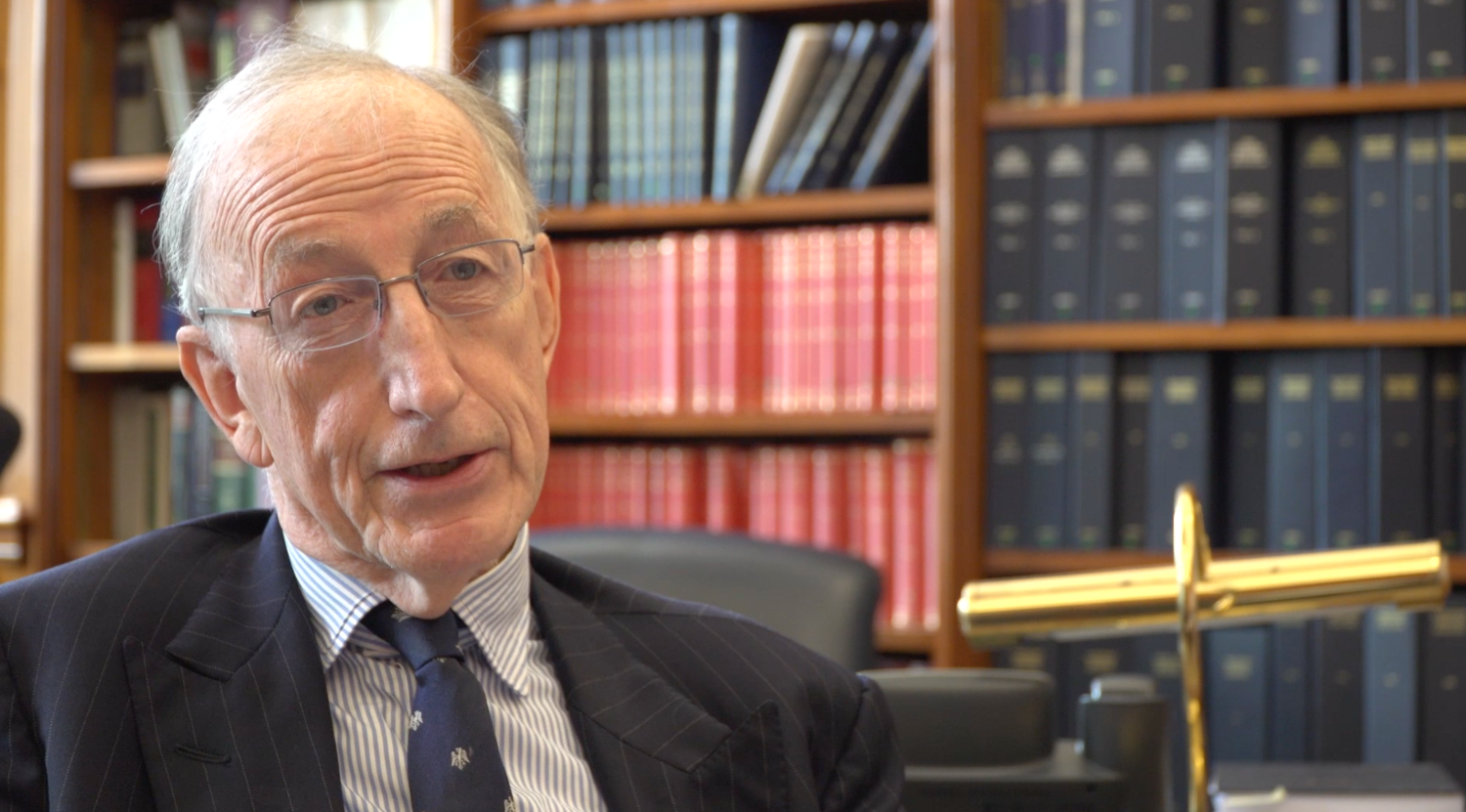 Following Detail Data’s special report, we were instrumental in the formation of a family court coalition group in 2016. It brought together Family Mediation NI, NSPCC, Barnardo’s NI, Familyworks NI, Parenting NI, the Northern Ireland Association of Social Workers and NICVA to work together to lobby and influence government collectively.

The Detail Data coalition, which submitted a response to the Review of Family Justice, focusing particularly on resolutions outside court, has been cited in Justice Gillen’s report.

It says: “The response from Detail Data – a coalition of leading organisations including Family Mediation NI, the NSPCC, Barnardo’s NI, Familyworks NI, Parenting NI, the Northern Ireland Association of Social Workers, Detail Data and the Northern Ireland Council for Voluntary Action – similarly gives strong support to the fresh emphasis on solutions outside the court system.”

In addition to the coalition’s submission, The Detail drew on its research to make its own independent submission to encourage the judiciary to grant greater access to the media to the family courts.

Evidence cited included that the courts have been successfully opened to the media in England and the Republic of Ireland as well as journalists currently report on sensitive cases including sexual abuse/rape and criminal cases involving juveniles here.

Several of The Detail’s proposals have been included in the report within the chapter on open justice - the most controversial of all the chapters in the review.

The report states: “The counterargument for more and accountable justice, led in our responses understandably by The Detail, an investigative news and analysis website that is dedicated to in-depth reporting on issues of vital public interest....”

“The Detail submission contends that local authority and any expert witness should be named, particularly as their opinions could have significant impact on a child or family. It would ensure transparency and accountability...."

It continues: “We consider there is merit in the suggestion by the respondents from The Detail that there should be something in the nature of a protocol drawn up after representations from the judiciary, the professions and members of the media outlining guidelines for reporting cases in the Family Division.”

Justice Gillen states in the chapter on greater media access to the family courts: “Open justice promotes the rule of law. It also promotes public confidence in the legal system.

“We are witnessing a particularly complex and changing landscape populated by, on one hand judges trying to strike a balance between what is appropriate for the media to report or publish in cases – which, by their nature are necessarily personal and potentially life-changing – and, on the other hand, ensuring the privacy, safety and anonymity of the parties, specifically the children and young people involved.

“We must not underestimate the role that public debate, and the jealous vigilance of an informed media, has to play in exposing past miscarriages of justice and in preventing possible future miscarriages of justice. There is a compelling and irrefutable public interest in the effective operation of family justice courts, which deal with matters of the greatest importance.”