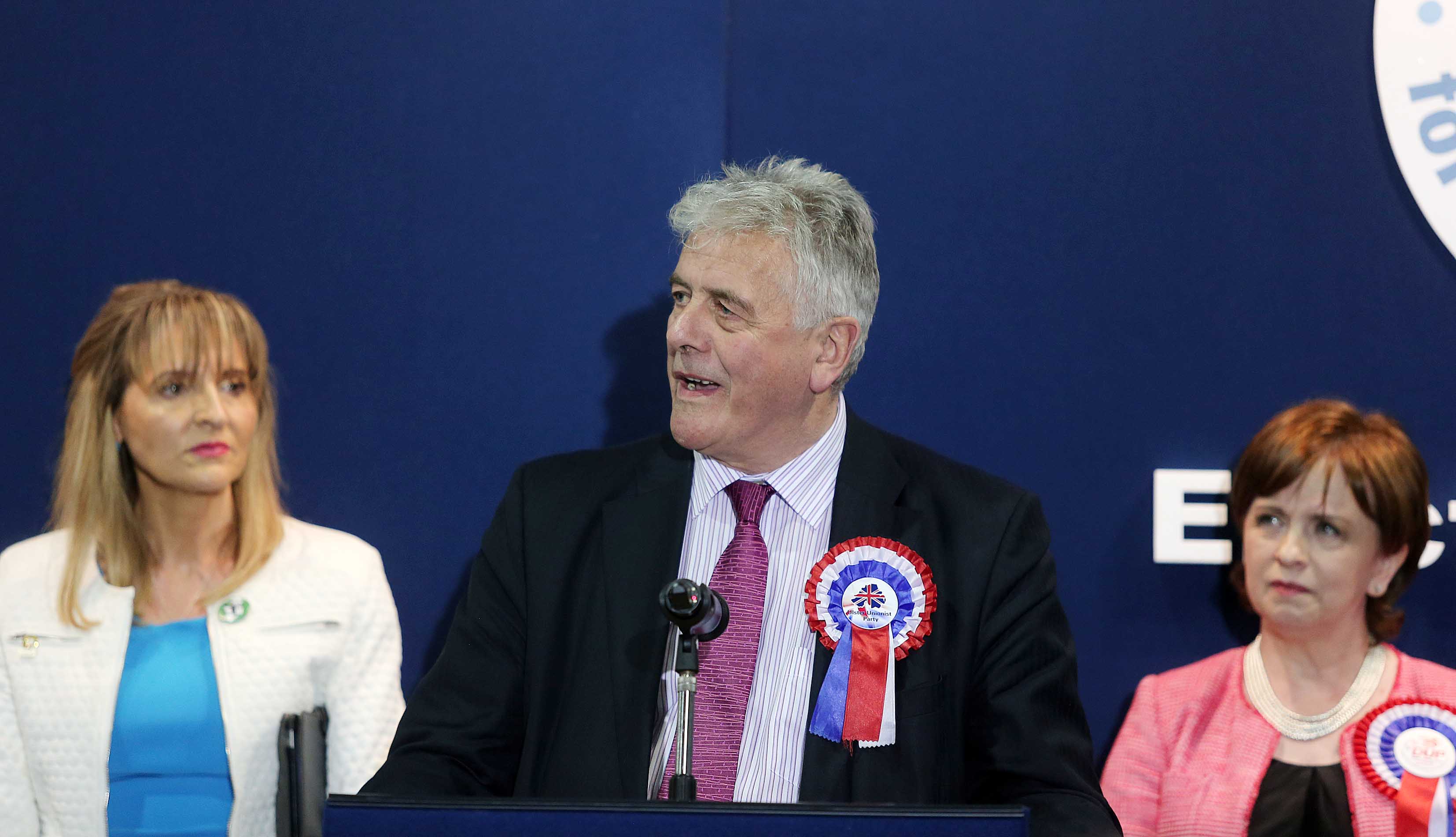 DESPITE what the DUP repeatedly says, Northern Ireland is different from Great Britain. The European elections provide perfect evidence of this.

Let’s start with the voting system. England, Scotland and Wales elect MEPs using the d’Hondt method of proportional representation – the system, ironically, used by Northern Ireland to allocate places on council committees and the devolved Executive (on those occasions that we have one). Meanwhile, in Northern Ireland our voting system for MEPs uses single transferable votes, which we also use for MLA and council elections.

Then we come to voter engagement. It might not always seem this way, but the Northern Ireland electorate is more engaged in the European elections – by a long way. Not only did NI vote to remain, when England and Wales voted to leave. But in the last European Parliament elections in 2014, more than half of eligible Northern Ireland voters exercised their right. Across the UK, barely more than a third did so. To put it another way, Northern Ireland was significantly above the EU average for voter turnout in the last EU elections, whereas GB was significantly below the EU average.

Another important difference between Northern Ireland and Great Britain will be on display on May 23rd, voting day - the Brexit Party is absent here. Instead, the only three parties on the ballot paper in Northern Ireland that are also fighting in GB are UKIP, the Conservative Party and the Green Party.

Of the 11 candidates standing for Northern Ireland’s three MEP seats, six are pro-remain, four are pro-leave and one might be described as reluctant leave. The two independents, both pro-remain, are Jane Morrice – a founder of the Women’s Coalition and a former head of the European Commission in NI, who has led a petition campaign for NI to stay in both the EU and the UK. Neil McCann is a barrister and former councillor in Dundalk.

Other pro-remain candidates are party leaders Colum Eastwood of the SDLP and Naomi Long of the Alliance Party, who are expected to fight for the third seat against what might be regarded as the leave with reservations candidacy of Ulster Unionist Danny Kennedy and the strongly pro-leave TUV leader Jim Allister. Green Party leader and remain supporter Clare Bailey will hope to do well, but neither Conservative Amandeep Bhogal nor UKIP’s Robert Hill has much of a chance. By contrast, it will be a major shock if Sinn Féin’s Martina Anderson (also pro-remain) and the DUP’s Diane Dodds fail to retain their seats comfortably.

This choice of candidates creates problems for both leave and remain supporters. How should a leave-supporting nationalist or republican exercise their vote? And what about a remain-supporting unionist? The Greens and the Alliance Party will hope that remainer unionists will vote for them, whereas the Ulster Unionists will pitch for the same vote, given that they are not leave enthusiasts. As for leave-supporting nationalists and republicans, well there perhaps aren’t enough to make much of a difference. And it is possible that Brexit might be enough to persuade people to move out of their tribal attitudes.

Yet we have little idea of how long the successful MEPs will be in place. It could be until Halloween. Or shorter than that. Or longer. Brexit uncertainty is not easing.

We do now know that the cross-party talks between the government and Labour have ended – as seemed inevitable. It is possible that Theresa May’s Withdrawal Agreement will get through the House of Commons at the fourth go, but that seems unlikely. The most feasible outcome at this moment is that May is replaced as prime minister and the new PM, who might be Boris Johnson, would take a harder negotiating line with the EU, leading to the UK leaving at the end of October without an overarching agreement and then trade with the EU on WTO (World Trade Organisation) terms. And that, of course, makes a controlled border in Ireland very likely. Indeed, it is difficult to see how a controlled border could then be avoided.

Just how this prospect influences voters will be intriguing to watch. Will Brexit boredom lead to indifference and a low turnout – or will Brexit chaos encourage voters to demonstrate their anger? And how will the result influence the parties’ future actions?

Nigel Farage’s Brexit Party is poised to do well in England and potentially shake-up the English political system. Both the Conservative and Labour parties will probably be badly damaged by the results. Conservatives are likely to conclude that they need to be more committed to implementing a hard Brexit, while Labour might go in the opposite direction, campaigning for a second referendum. Creating a stable UK government before and after the next general election will again prove very difficult.

It is clear that the electorate, especially in England, is very unhappy that Brexit continues to dominate politics. The chances are, though, that it will do so for several years yet, involving a reconfiguration of British politics and the growing possibility of a break-up of the UK.

Pets are for life, not just for Christmas, warn animal charities. A similar caution should have accompanied the Brexit referendum.