Teeing off The Open: the data behind the championship in Portrush 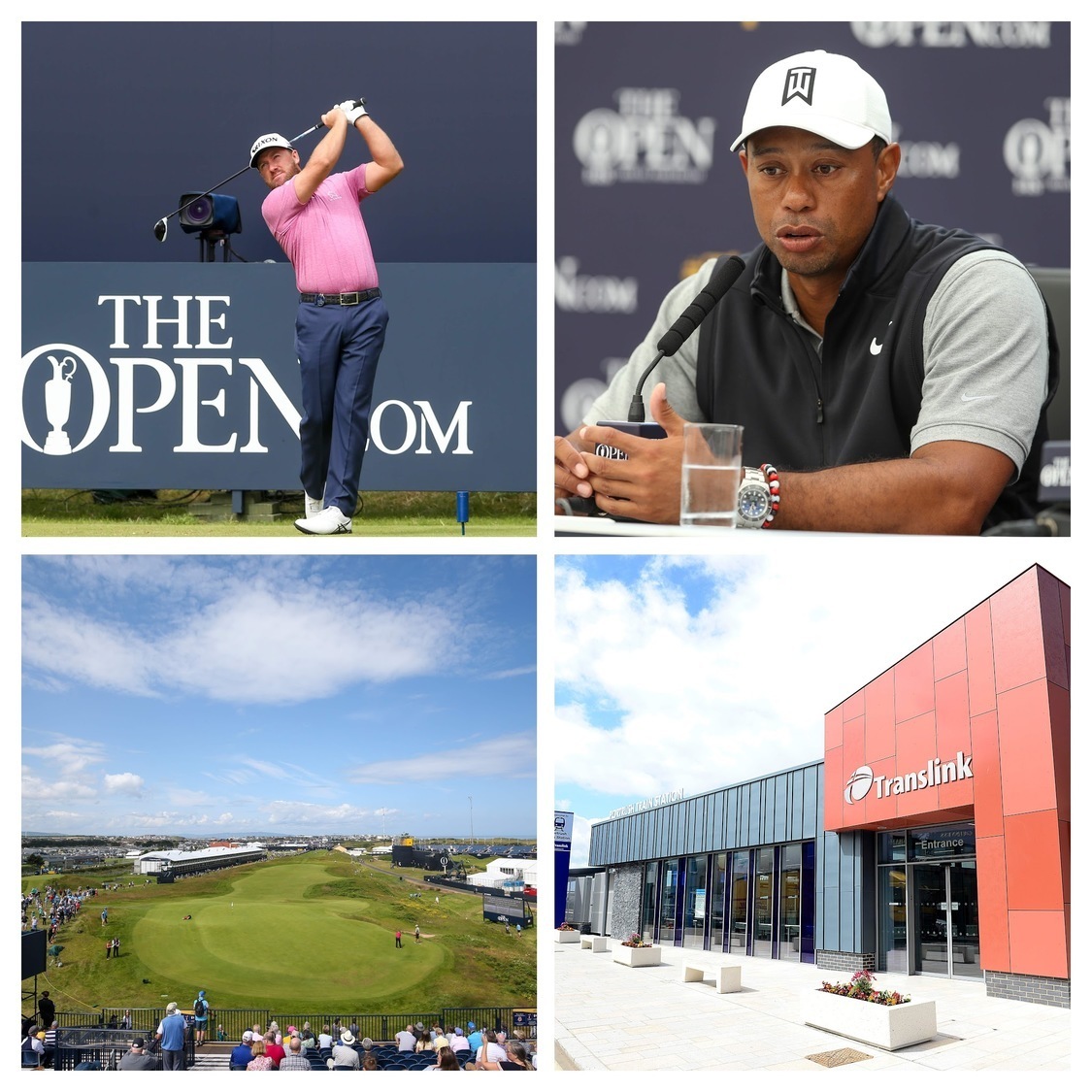 FOR just the second time in its history The Open Championship has returned to Northern Ireland with Royal Portrush hosting the competition as it did 68 years ago.

John Bamber, the chairman of The Open Championship committee at Royal Portrush, said: “This is without doubt a great news story, putting Northern Ireland on the world map for all the right reasons.”

But what is the event costing? How many people will be coming to Portrush? And will The Open leave a lasting legacy for Northern Ireland? The Detail has examined the data behind the tournament.

1) The competition's organiser, the Royal and Ancient Golf Club of St Andrews (R&A), has reported that this will be the second most highly attended Open Championship of all time with 237,750 spectators. This is almost 37 times more people than the Northern Ireland Statistics and Research Agency recorded as the usual resident population of Portrush (6,454 people) in 2015.

2) Tourism NI has stated there will be an economic benefit of £80m for Northern Ireland’s economy because of The Open. When asked to breakdown how this estimate was reached, we were told: “The forecast was provided by the Sports Industry Research Centre at Sheffield Hallam University.” We contacted the university and it told us: “The data is confidential.”

4) In Northern Ireland there are a total of 145 hotels with a combined number of 9,521 bedrooms. Of these bedrooms, 1,442 have been built since April 2016, 1,127 of them in Belfast. Just 24 (2%) of the 1,442 new bedrooms are in hotels in the Causeway Coast and Glen Borough Council area where Portrush is situated. Janice Gault, the CEO of the NI Hotels Federation and a director of the Northern Ireland Tourism Alliance, said: “Other types of accommodation have increased in the north coast region. Hotel accommodation is not the dominant sector in this area, self-catering is the major player.”

5) Tourism NI believes around 1,500 local jobs will be created due to The Open. When asked how this number was reached, a spokesperson said it was “based on estimates from previous tournaments”. We asked what percentage of these jobs would be permanent positions and which sectors they would be in. The response was: "We are not party to information from private businesses regarding the permanent make up of their workforce."

6) Invest NI hopes The Open will lead to an increased level of foreign investment in Northern Ireland and said it invited a range of people, primarily from the USA and Europe, to the tournament for this purpose. The organisation, however, declined to reveal the names of the companies the invited people represent because it is “commercially sensitive information”. The Detail sought the opinion of economist Esmond Birnie who said: “The absence of a government is itself a factor that big investors, be they in New York or Frankfurt or wherever, will look at. They are likely to think there is something a bit odd about Northern Ireland as a location - it doesn’t have a functioning government." 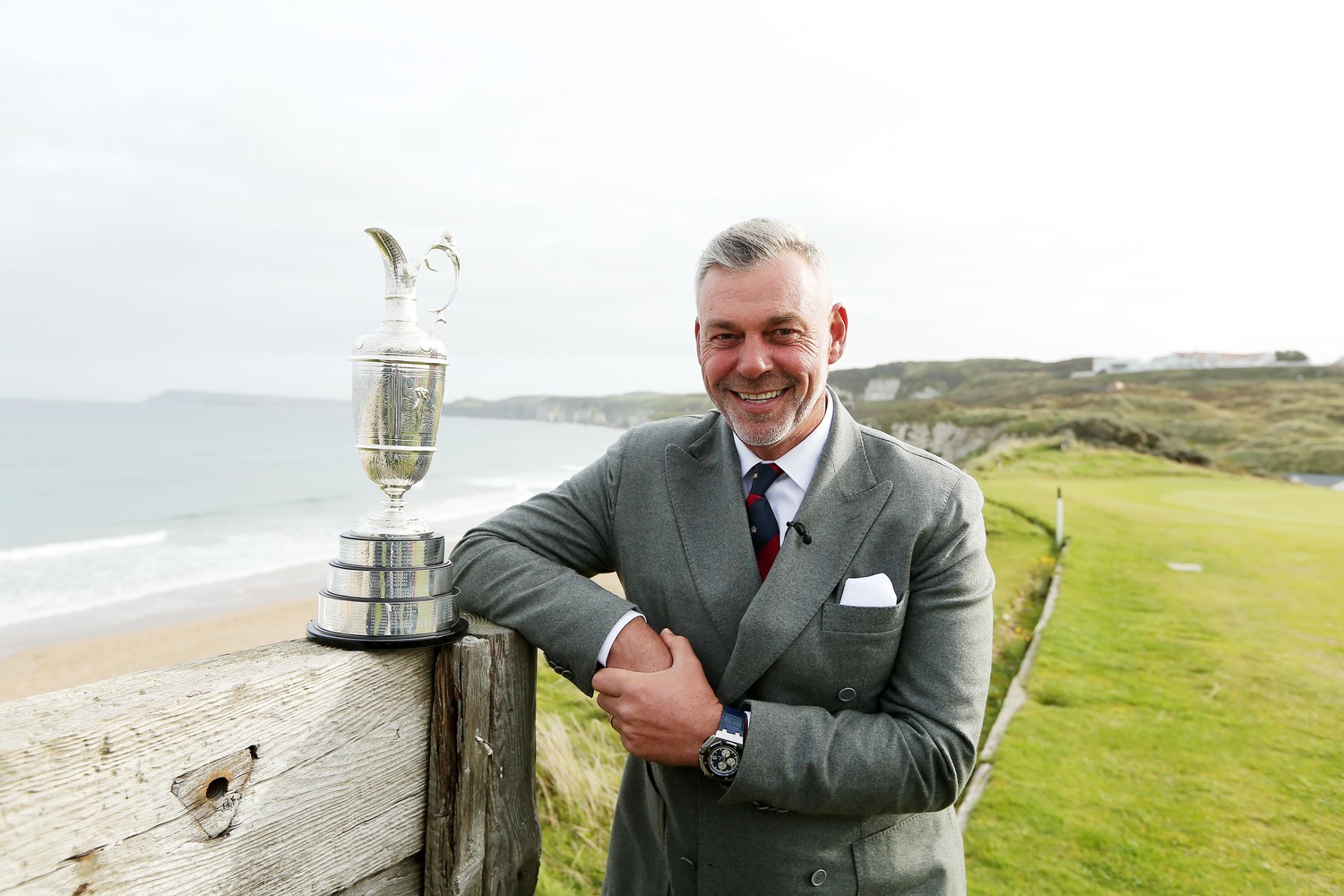 Darren Clarke with the Claret Jug in 2015. Photo by Kelvin Boyes, Press Eye.

7) Of the 156 golfers competing in The Open Championship in Royal Portrush, three are from Northern Ireland - Darren Clarke, Rory McIlroy and Graeme McDowell. Clarke will be the first of any of the players to tee off, getting things started on Thursday morning at 6:35am. He won the competition in 2011 at Royal St George's in Kent. McIlroy has also won The Open before, getting his hands on the famous Claret Jug trophy at Royal Liverpool in 2014. McDowell, who has one golf major to his name, the US Open in 2010, will be aiming to get a second in his hometown of Portrush.

8) Northern Ireland has two of the top 10 golf courses in world, as ranked by Golf Digest magazine. Royal County Down is named at number one and Royal Portrush is placed seventh on the global list. Royal Dornoch, Muirfield, the St. Andrews Old Course and the Trump Turnberry, which are all Scottish golf courses, also feature inside the top 10. No course from England, Wales or the Republic of Ireland does.

9) In Tourism NI’s Events Strategic Vision to 2020 publication, Arlene Foster, who was then Northern Ireland’s Minister for Enterprise, Trade and Investment, said hosting one major global event per year in Northern Ireland was a “key target” for the organisation. When asked by The Detail about upcoming major events planned for 2020 or beyond, Tourism NI would not name any due to “due to commercial and in confidence clauses.”

11) The competition organiser, the Royal and Ancient Golf Club of St Andrews (R&A), provide an accommodation service called The Open Accommodation Bureau. Some of the properties shown on its website remain available. One of the properties on the website is listed at a cost of £25,000 to rent. It has 20 bedrooms and 13 bathrooms. Information regarding proposed lengths of stay are not listed on the website. However, a spokesperson told The Detail: “Most people are staying between eight and 10 nights, but some are staying for months.” 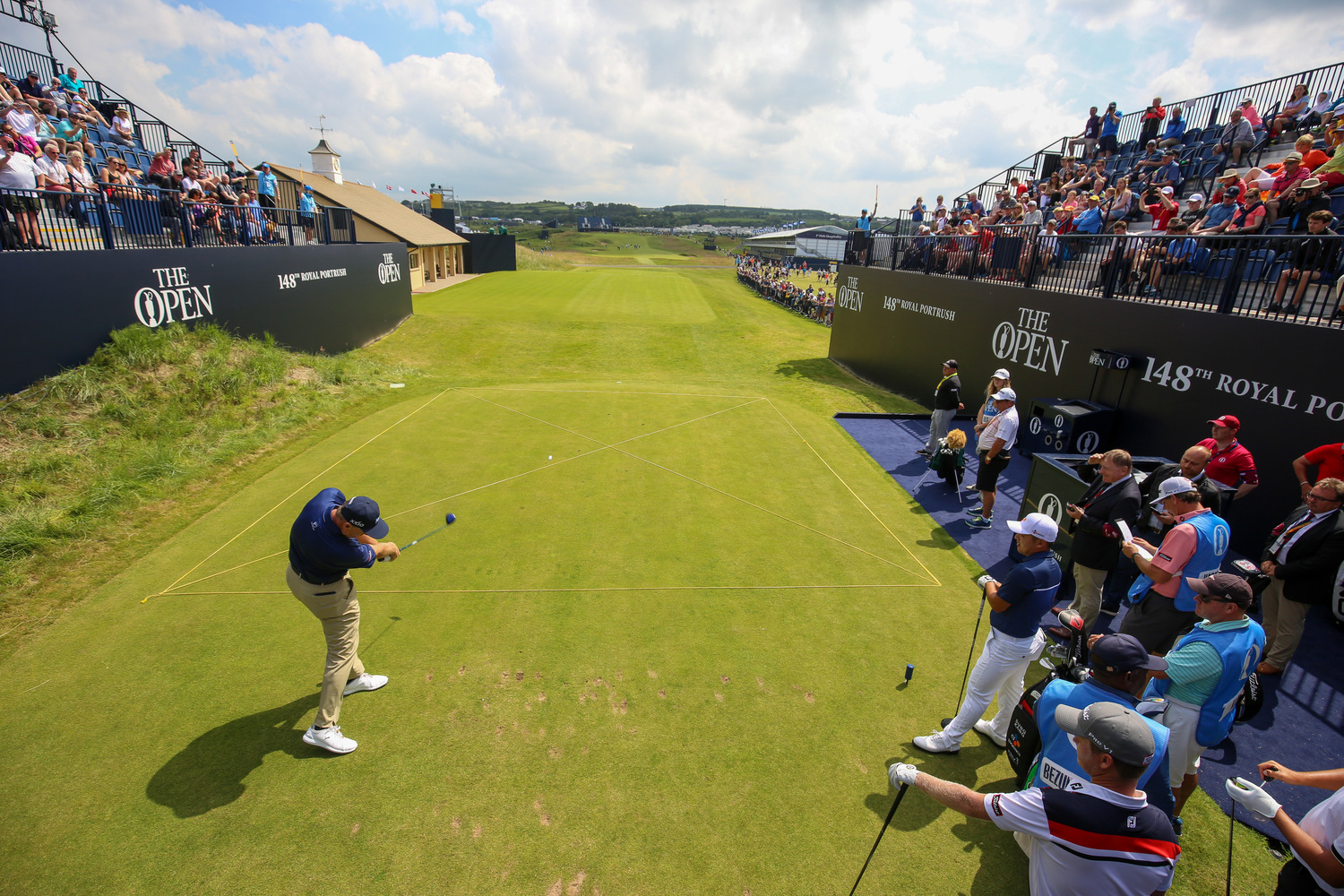 Practice day at The Open on Monday. Photo by Press Eye.

12) The R&A told The Detail it is "our intention to stage The Open in Northern Ireland three times" but declined to say within what timeframe it aims to do this. The R&A was also asked about how much it spent on bringing The Open to Royal Portrush but responded by saying “we don’t discuss our Championship costs”.

13) The R&A did confirm, however, that it installed around 30kms of fibre optic cable in Portrush to “enable connectivity” at the course. Meanwhile, this year, NI Water completed a £65,000 investment on a new storm sewer along Eglinton Avenue to serve Portrush train station.

14) Of the £17m which the Department for Communities (DfC) allocated for the regeneration of Portrush, £8m had not been spent by the department as of two months prior to The Open. Two weeks before the start of the competition, The Detail offered DfC the opportunity to provide more up to date information regarding the amount of money it had spent at that time, to which a spokesperson replied: "I don’t intend on sending more up to date figures at this stage."

15) DfC did confirm that of the previously unspent £8m, £5m will be spent by March 2020 while the remaining £3m is profiled to be spent in the 2020/21 financial year. DfC added that the regeneration of Portrush was “within budget and on schedule”. The Portrush Regeneration Scheme is made up of five different main projects. These are the redevelopment of Portrush train station, a public realm project (works included the installation of new lighting, the widening of footpaths and the provision of new street furniture), urban development grants, the ReVitalise project (for the improvement of shop and business fronts) and the provision of additional parking. For more information on the progress of the Portrush Regeneration Scheme, click here.

16) Translink told The Detail it anticipates it will be carrying thousands of additional passengers to Portrush during The Open, adding: “There is high demand for our train, coach and bus specials and we advise passengers to book their travel online as soon as possible to avail of special fares and their preferred journey time.”