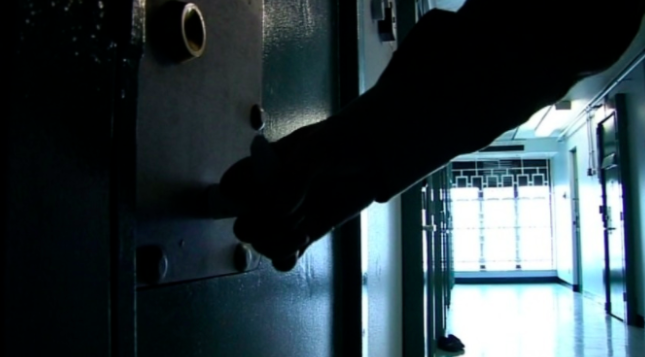 PRISONS in Northern Ireland have breached their international obligations in respect of solitary confinement, an independent review has found.

This is despite the previous assertion of Justice Minister Naomi Long, who stated that solitary confinement does not take place within our prison system.

Minister Long called for Criminal Justice Inspection Northern Ireland (CJINI) to review our prisons’ Care and Supervision Units (CSUs) off the back of The Detail’s October 2020 coverage of prisoners being locked in their cells for prolonged periods.

The CJINI report, published today, proves not only that solitary confinement occurs in our prisons – but that its application has breached the minimum requirements laid out by the United Nations (UN) Mandela Rules.

CJINI Chief Inspector, Jacqui Durkin, said her organisation found the regime experienced by prisoners in CSUs “did not meet the UN standard minimum rules known as the Mandela Rules”.

She also said: “We found evidence that prisoners in CSUs were spending too long in their cell without meaningful human contact.”

“Some prisoners spent long periods locked in their cells. CSUs were predictable, restrictive and exclusively focused on fulfilling institutional routines.

“There was an uncomfortable reliance on a culture dependent on each prisoner making a ‘request’ for basic needs. Association with other prisoners was not routinely assessed or provided.”

In addition, the CJINI report says the chance for prisoners to “participate in purposeful activity, including learning and skills, and physical activity were not proactively encouraged and the library services in Magilligan Prison and Maghaberry Prison were limited”.

The report continues: “Evidence of purposeful activity and of time out of cell was poor. Meaningful human contact and interactions with prisoners was not sufficiently recorded and evidenced.

“Too much reliance was placed on outdated paper-based records that had limited evidence of supervisory checks and no evidence of audit.”

A report by The Detail, published just over one-year-ago, equated the conditions in our prisons’ CSUs with the UN Mandela Rules’ definition of solitary confinement.

The Detail uncovered that prisoners in Northern Ireland spent 15 consecutive days or longer in CSUs on over 600 occasions during a three-year-period.

According to the Mandela Rules, over 15 days in solitary confinement is classed as a form of torture and should be prohibited. The Detail, therefore, asserted that such stays in CSUs constituted a form of torture.

A former Prisoner Ombudsman, the Independent Monitoring Board of our prisons, Amnesty International and the Royal College of Psychiatrists have all been on-the-record as recognising CSUs as solitary confinement.

Despite this, Justice Minister Long previously told The Detail: “The Northern Ireland Prison Service (NIPS) does not hold people in solitary confinement.”

However, the CJINI report has proven this assertion to be incorrect. The report says: “The records examined by inspectors failed to dispel wider evidential concerns about the length of time prisoners spent in their cells and the lack of meaningful human contact with them.”

The Regulation and Quality Improvement Authority (RQIA) and the Education and Training Inspectorate supported CJINI in conducting this review of CSUs.

In its report, CJINI made 14 recommendations for the NIPS to follow through on in order to improve the conditions in CSUs for Northern Ireland’s prisoners.

Three of these were ‘strategic’ recommendations, which were:

There were also 11 ‘operational’ recommendations which further related to prisoners’ physical and mental well-being, policy improvements, cleanliness and space, educational opportunities, more effective scrutiny and auditing of the CSUs' functions being necessary and ensuring that men and women in Hydebank’s CSUs are held separately from each other.

In response to CJINI’s CSU report, Justice Minister Long has said: “When I commissioned this review I wanted to ensure maximum public confidence in the treatment of people held in CSUs.

“While these units hold some of the most challenging and complex people, it is right that our prisons are held to the highest standard.”

The minister also thanked the CJINI team responsible for the CSU investigation report which she added “sets some significant challenges” for the NIPS, but ones which will enable the NIPS to “continue to improve the important services it delivers”.

She has not yet, however, commented on her previous claim that the NIPS does not hold prisoners in solitary confinement.

NIPS Director General, Ronnie Armour, has said: "Parts of this report are difficult to read. We are committed to supporting those in our care and are continuously striving to improve the services we offer for some of the most challenging and complex people in Northern Ireland.

"No matter how much progress we have made in prisons; no matter how well our staff have managed the pandemic, we can never be complacent. There is always room for improvement.”

The NIPS Director General also maintained that, as of today, “no-one is being held in solitary confinement as described in this report”.

Mr Armour continued: "I welcome the recognition the report gives to the challenges we face in operating these units. The NIPS is often required to manage those that no-one else in society has been able to.

"Their behaviours can be extremely challenging, and often dangerous, and we have no alternative but to house them within our CSUs for their own safety and the safety of others.”

CJINI Chief Inspector, Jacqui Durkin, said: “Regardless of why prisoners are in a CSU, there are UN minimum standards and accepted expectations for their treatment including access to health care and purposeful activity.

“This review found the treatment of some prisoners and patients did not meet the expected standard minimum rules and what some experienced was solitary confinement, sometimes despite the best efforts of prison officers and health care staff.

“I appreciate this is a hard message, for many involved in the care of prisoners, to hear, particularly the NIPS given their dedicated efforts in keeping prisoners safe from the Covid-19 virus during the pandemic.”