Hundreds of PSNI officers in Protestant fraternal groups and Freemasons 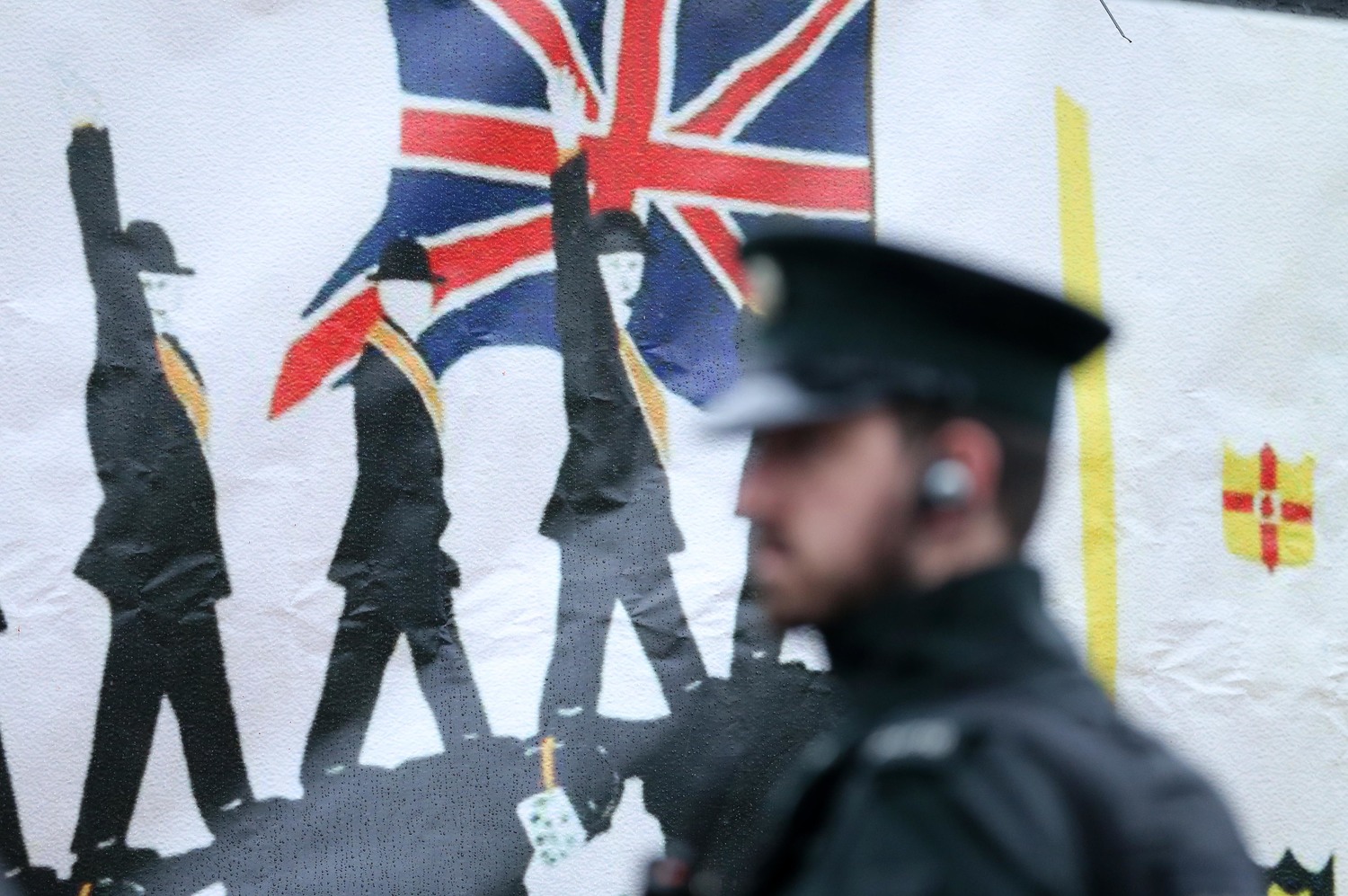 A police officer in front of a mural in north Belfast. Photo by Kelvin Boyes, Press Eye.

THE Police Service of Northern Ireland (PSNI) employs close to 400 officers who are members of fraternal organisations such as the Orange Order and the Freemasons.

Of the 7,000 officers in the PSNI, at least 168 are members of exclusively Protestant groups – the Orange Order, the Royal Black Preceptory, the Apprentice Boys of Derry and the Independent Orange Order.

By contrast, the PSNI has recorded that just two of its officers are in Catholic fraternal organisations – one in the Ancient Order of Hibernians and another in the Knights of St. Columbanus.

He told The Detail: “The relationship between the police and ‘notifiable organisations’ in the jurisdiction is nothing new, having been the subject of the Northern Ireland Affairs Committee’s attention back in 1998 where significant unionist pressure was focused on opposing a proposed ban on members of the Orange Order joining the police.”

Some in the committee deemed it incompatible for police officers in Northern Ireland to be aligned with organisations which require members to swear oaths of allegiance predicated upon certain outlooks on religion.

This was referenced in the 1999 Patten Report, which recommended all officers “should be obliged to register their interests and associations”. This Patten recommendation was subsequently formalised via the Police (Northern Ireland) Act (2000).

Section 51(5) of the legislation stipulates that PSNI officers must notify the Chief Constable of their inclusion in groups “if membership of the organisation in question might reasonably be regarded as affecting the officer’s ability to discharge their duties effectively and impartially”.

WIth two decades having passed since then, Dr Topping said the relationship between the PSNI and the major Protestant fraternal groups “remains a complex one, whether in the context of contentious parades or – as we saw more recently – with the launch of the South Armagh Policing Review, which the Orange Order called an appeasement to nationalism”.

The academic added: “So, at the very least, monitoring of these figures and membership remains an important point on the accountability spectrum for policing in what is still a highly politicised, fractured environment for the PSNI.”

There are also at least 156 PSNI officers in the Freemasons, the world’s largest secret society. This includes a Chief Superintendent, one of the 23 most senior police officers in this jurisdiction.

In addition, historical documents which were declassified in 2016 revealed current Conservative MP, Andrew MacKay, fearing that a masonic conspiracy – to discredit the late John Stalker – could be exposed.

QUB’s Dr Topping said: “The one question which stands out of course, whether or not you agree with the compatibility of notifiable organisations and being a PSNI officer, is ‘how do you quantify potential influence, if any, of such membership on exercise of your duties as a police officer on operational or strategic plans’?

“This sits outside wider debates related to the ethical and legal obligations for policing to work for all of society.”

On top of the 326 officers who have notified the Chief Constable of their membership in exclusively Protestant and Catholic fraternal organisations, and the Freemasons – a further 52 PSNI officers have also been recorded as being in notifiable organisations.

However, the names of the groups which these 52 officers are aligned with have not been recorded by the force.

Dr Topping added that while the “overall number of PSNI officers declaring notified membership sits at just under 400, there is a question about how accurate that figure is when there may well be officers who decide not to declare”.

However, the PSNI told The Detail officers are also obliged to inform the Chief Constable if they aren’t members of notifiable organisations.

The Detail accessed the data on officers’ membership of notifiable organisations through submitting a Freedom of Information (FoI) request to the PSNI.