Concerns over ‘voluntary repatriation’ of homeless migrants during Covid-19 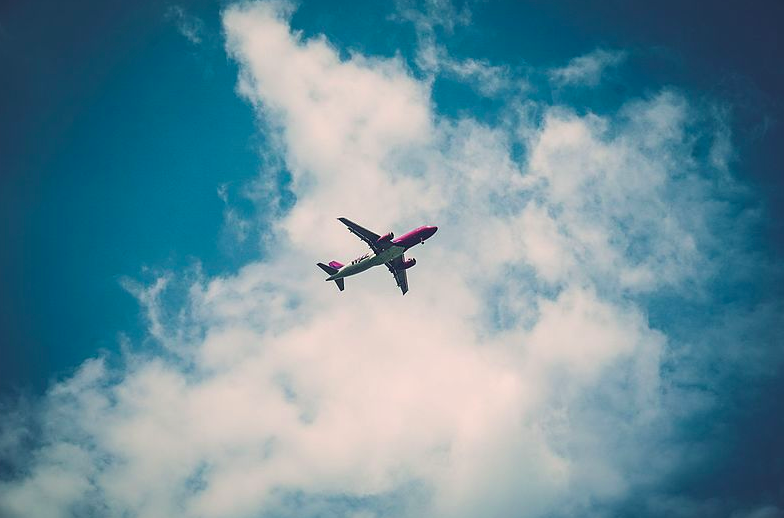 A number of migrant rough sleepers in Northern Ireland have been ‘voluntarily repatriated’ as part of the response to homelessness during Covid-19.

Charities say there are "long-standing concerns" about use of such programmes in a homelessness context.

According to the Department of Communities (DfC), they’ve worked with the Northern Ireland Housing Executive (NIHE) and various partners to enable the migrants return to their country of origin.

Since March 2020 the NIHE has operated an ‘Everyone In’ homelessness response, providing temporary accommodation to people who normally could not avail of such help due to their immigration status. Read our previous article on ‘Everyone In’ here.

After the initial lockdown, the Minister for Local Government and Homelessness, Luke Hall MP, said the government would not change the laws which prevent migrants from accessing housing support, and that homeless migrants may be offered ‘voluntary repatriation’ to leave the UK.

Homeless and migrant charities have raised concerns about voluntary reparation policies relating to homeless and destitute migrants, a practice which existed pre-pandemic.

He said that there are “long-standing concerns that so-called voluntary reconnections and returns are not always ‘voluntary’ in any true sense of the word”.

“In the past, some homeless non-UK nationals have effectively been coerced into accepting ‘voluntary’ reconnection or return as a result of being either misinformed about their entitlements in the UK and in their country of origin, or threatened with enforced removal if they refuse to go ‘voluntarily’."

The Home Office previously targeted EU rough sleepers for deportation with the aid of a number of homeless charities between 2016-2017.

While that policy was later found to be unlawful, the Home Office introduced new rules in December meaning any migrant could face deportation for rough sleeping.

“Of course it is appropriate for the small number of people who do want to return to their country of origin to be offered help to do so”, Mr Morgan said. “But in our casework experience, the overwhelming majority of non-UK nationals who are here and being offered so-called voluntary return or ‘international reconnection’, want to stay in the UK and make their lives here."

The document notes that the issue was raised with the Department of Communities early on in the pandemic, who in turn have been liaising with the NI Department of Health, the Home Office, and the UK Ministry of Housing, Communities and Local Government.

“There were a number of individuals who wished to return home and were supported to do so by Housing Executive staff, who liaised with various consulates and the Red Cross to access funding; to facilitate their repatriation”, the document reads.

Voluntary repatriation is also mentioned in the section on ‘Immediate & Medium Term’ aims.

However, the NIHE did not provide any further information when requested.

In response to a request for figures, the NIHE say they do “not hold information on the number of individuals who ultimately availed of voluntary repatriation".

When asked for details on where the 23 people have gone, the NIHE said these individuals “will have left the temporary accommodation of their own choice. We do not record the outcomes for each individual placement.”

Taking a different tone from that in their ‘The Way Home’ housing document, the NIHE said they did not directly support the active repatriation of persons from abroad beyond signposting individuals to third-party organisations and providing temporary accommodation before repatriation.

The NIHE could also not provide figures for how many were signposted.

When asked who does “directly support the active repatriation of persons from abroad”, a NIHE spokesperson only said: “A range of voluntary and consular organisations.”

The only third-party organisation mentioned in the documented, the Red Cross, declined to comment.

“This will involve pulling upon the necessary support from other agencies to support clients with a view to providing longer-term accommodation which will be subject to factors such as eligibility and affordability.”

There are no complete figures for the number of homeless migrants who leave the UK each year.

Research by Fiona Costello at the EU Migrant Worker Project in University of Cambridge found that there were at least 350 ‘reconnections’ of homeless EU nationals from England per year between 2015-2019.

The figures are only a snapshot, as they cover just 30 English councils who provided data, out of a total of 348 that were contacted.

Ms Costello is currently gathering figures on the number of ‘reconnections’ that have taken place during the pandemic.

Councils organising repatriations stress it is very much a voluntary process, Ms Costello added, but some organisations say their clients feel it is the only option of support on offer.

Sinéad Marmion, an immigration solicitor at Phoenix Law Belfast, said she recently represented a victim of domestic violence who had to flee her home in Northern Ireland. Due to her immigration status she was not able to access homelessness assistance.

The woman approached the Home Office for support, and opted for a ‘voluntary return’ programme. She wished to remain in Northern Ireland but “felt like she had no other choice”, Ms Marmion said.

The woman’s dealings with voluntary return were not linked to ‘Everyone In’ or the NIHE.

Ms Marmion later discovered that the woman was eligible for a legal route to remain in Northern Ireland, and thus would be able to access the support she needed.

The Home Office responded negatively when the woman cancelled her voluntary return application, Ms Marmion said. “All hell broke loose. I certainly felt there was pressure on her to sign up to the voluntary returns service”

The homeless charity Crisis has said that “evidence suggests that many homeless migrants will be able to regularise their immigration status in the UK when they have access to appropriate immigration advice.”

The issue is particularly pertinent for homeless EU nationals in Northern Ireland. All EU nationals living here since before the end of 2020 are eligible for the government’s EU Settlement Scheme, granting them rights to access housing and other support through the normal channels.

Some of the most vulnerable people are yet to have applied, or are facing barriers like having access to necessary documents, or are unaware of the scheme, Ms Costello, the Cambridge researcher, said.

A question is therefore raised, about “whether or not people who are being reconnected could be entitled to Settled Status, and whether that conversation is happening with people".