Covid-19 underscores need for a duty of candour, says brother of hyponatraemia victim 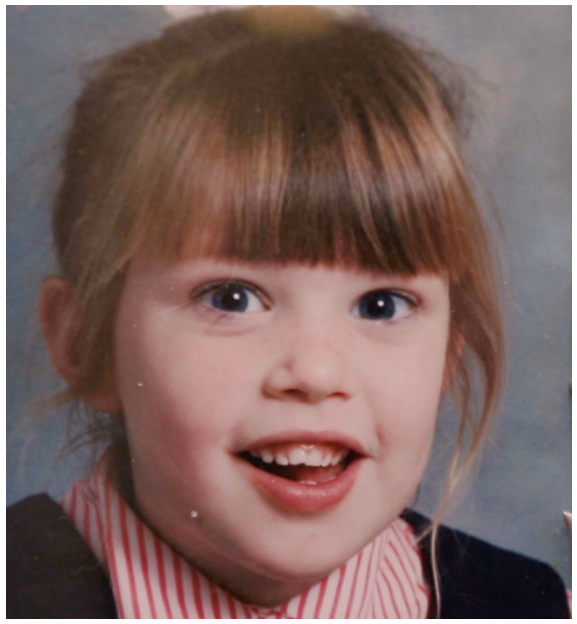 THE Covid-19 pandemic "further exposed" the importance of a duty of candour being enacted in Northern Ireland, according to a hyponatraemia victim's brother.

Gareth Roberts' sister, Claire, was one of five children whose deaths were examined by Justice O’Hara in the Hyponatraemia Inquiry.

Mr Roberts told The Detail that the Department of Health (DoH) “has dragged its heels” regarding the implementation of the hyponatraemia report recommendations, “none more so than the duty of candour”.

Justice O’Hara recommended in his January 2018 report that a duty of candour should be enacted, but this has still not happened.

He wrote: "There are too many people in the health service who place reputation before honesty and avoidance of blame before duty."

Justice O'Hara added that a legally enforceable duty of candour "will not threaten those whose conduct is appropriate" but that it should apply to individuals "as well as organisations" in the event of death or serious harm "and that criminal sanctions should apply".

However, when contacted by The Detail recently, the DoH still could not say when a statutory duty of candour will be put in place.

“The DoH has said they’ve engaged with families, but we’re not involved," Mr Roberts said.

“Our family will not be engaging again with the department until we see accountability from those who carried out misdeeds in the past.

“They’ve had 23 years to prove that they’ll tell the truth and they still haven’t.”

A DoH spokesperson told us the department aims to implement Justice O’Hara’s recommendations “in a way that ensures a consistently open culture, where learning is encouraged, and improves patient care”.

Responding to this, Mr Roberts referenced his sister’s second inquest which took place in June 2019.

It was ordered after Justice O’Hara found there had been a cover-up following nine-year-old, Claire Roberts', death in the Royal Belfast Hospital for Sick Children in 1996.

Her brother said: “The Belfast Trust (BHSCT) put my parents through five days at that inquest which, in reality, should have just been a one-day sitting just to say ‘look there was never a brain virus.'”

A consultant microbiologist, Keith Cartwright, told the inquest he did not believe that Claire Roberts died of encephalitis (a brain virus).

This represented a u-turn on his part, as he had previously told the Hyponatraemia Inquiry that encephalitis caused her death.

However, Professor Cartwright changed his mind following his reading of a report – produced by Professor Brian Harding, an expert neuropathologist based in the USA – which says it is unlikely that encephalitis could lead to death without causing any change to the brain histology.

Professor Sebastian Lucas, a consultant histopathologist based in London, also told the inquest there wasn’t any “significant inflammation” in Claire's brain when she died.

He felt her death was due to cerebral oedema, a fluid build-up around the brain, caused by hyponatraemia.

Coroner Joe McCrisken concluded that Claire’s death was caused by the treatment she received in hospital, not a brain virus, as the BHSCT had argued.

“Coming to the inquest, after the inquiry’s conclusion of a cover-up and disputing the true facts set out by international experts, is not showing candour,” Mr Roberts said.

Mr Roberts said that had the DoH been keen on implementing a statutory duty of candour, it would have been done before Covid-19 arrived here.

He added: “From a logistical point of view, they say they already have a culture of openness and honesty. It shouldn’t then be too difficult to transfer that into legislation.

“Justice O’Hara said a duty of candour should come into Northern Ireland ‘as a matter of urgency.’ It should have been sitting in Robin Swann’s in-tray, ready for implementation as soon as Stormont got back up and running."

Mr Roberts then referenced the resignation of the entire nine-member RQIA board during the Covid-19 pandemic, adding: “You don’t get a full board resigning unless something fishy has gone on.”

On April 16 2020, The Detail reported that the outbreak of Covid-19 led the DoH to cease routine inspections of all care homes in Northern Ireland.

A subsequent judicial review was taken, challenging this decision.

On the morning before this was due to be heard in court, on June 23, the DoH reversed its decision to limit care home inspections and covered the applicant, Keith Gray’s, legal costs.

It was the previous day that the board of the RQIA, the body responsible for inspecting care homes, resigned. Two and a half months later, the board still hasn’t been replaced.

However, the DoH response was criticised by the former RQIA board members as lacking credibility.

Mr Roberts added: “Will we ever know what went on there? Probably not.

“Full openness and transparency was denied to us at the coroner’s court last year and you could argue it’s being denied to the public now.

"Covid-19 further exposed the need for a duty of candour."

The Detail asked the General Medical Council (GMC) about the status of its investigations into Dr Bob Taylor, Dr Heather Steen and Dr Joseph Gaston – each of whom faced scrutiny in Justice O'Hara's Hyponatraemia Inquiry report.

A GMC spokesperson said: "Our thoughts and sympathies remain with the families who tragically lost children to hyponatraemia in Northern Ireland.

"Healthcare professionals and organisations must learn from these harrowing events and ensure they are open and candid with patients and their families when things go wrong.

"We continue to investigate a number of doctors linked to the inquiry."

In March 2018, police established a team to investigate events relating to the hyponatraemia deaths.

The PSNI's Detective Chief Inspector David McGrory told The Detail: "The investigation team is currently reviewing and assessing material to identify any areas of potential criminality in the deaths of the five children between 1995 and 2003.