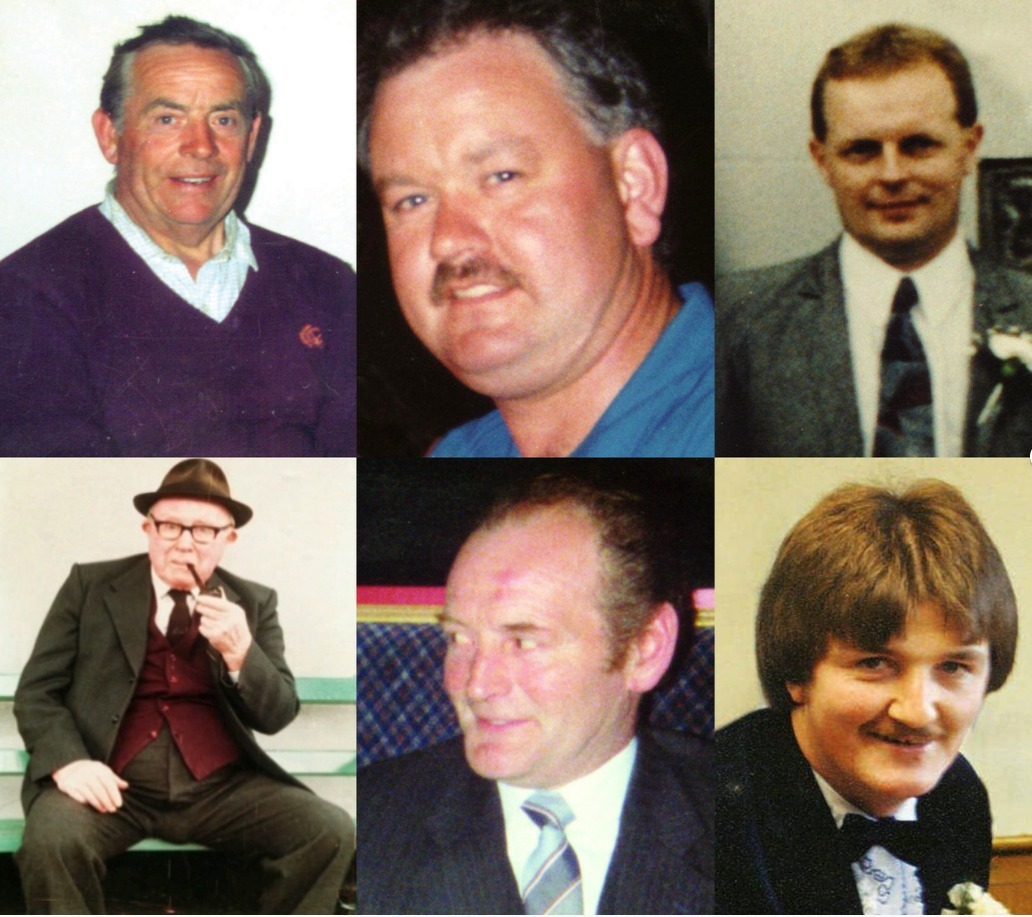 STATE collusion was a “significant feature” in a loyalist gun attack which left six men dead in Loughinisland in June 1994, according to a new report published today by the Police Ombudsman for Northern Ireland.

Michael Maguire said the protection of informants and catastrophic failures in the police investigation meant he had “no hesitation in unambiguously determining that collusion is a significant feature of the Loughinisland murders”.

Dr Maguire found that there “was a `hear no evil, see no evil, speak no evil’ approach to the use of informants, which potentially frustrated the police investigation into the attack”, though the investigation was characterised by “incompetence, indifference and neglect”.

In a further development his 160 page report reveals security force wrongdoing in relation to a major loyalist arms smuggling operation, subsequently linked to numerous other killings.

On the infamous Loughinisland attack the report found: “The RUC investigation of the Loughinisland murders is punctuated by unexplained delays in arrests; the loss of potential forensic opportunities; and what might be described as inconsistencies or anomalies.

“These issues are indicative to me of poor professional judgment and practice, if not negligence, by the police officers responsible for the investigation.”

He added: “I have seen sufficient information to be satisfied that corrupt relationships existed between members of the security forces in south Down and the UVF unit, to whom police attributed the murders at Loughinisland.”

The murders took place in the Heights Bar in Loughinisland when UVF gunmen opened fire on people watching the Republic of Ireland play Italy during the 1994 World Cup in America.

The latest report comes after Michael Maguire dramatically scrapped his predecessor Al Hutchinson’s investigation into the murders and ordered a new inquiry into the killings in December 2012.

As previously reported by The Detail the original investigation had been branded a whitewash by the victims’ families when it was published in 2011.

But significantly, today’s findings also highlight a failure by security forces to act on intelligence around the importation of weapons into Northern Ireland involving senior members of the loyalist UVF, UDA and Ulster Resistance.

While portions of the haul were seized, the rest of the weapons were later linked to scores of other killings during the Troubles.

Dr Maguire found that two of the weapons connected to the Loughinisland attack were from the shipment, including the main firearm used in the killings which was a VZ58 assault rifle.

He found that weapons from the shipment were also linked to “at least 70 murders and numerous other attempted murders” by loyalist paramilitaries.

Commenting on this Dr Maguire said: “Despite being implicated by intelligence in the importation of these weapons, senior members of the UVF, UDA and Ulster Resistance were not subject of police investigation.

"This can be attributed to a decision by [RUC] Special Branch not to disseminate the intelligence implicating these individuals, amongst whom, as I have observed, there were informants.

"Given the gravity of the conspiracy and the impact that the importation of these firearms has had on the lives of numerous citizens, this decision was in my view, indefensible.”

The report also cites security force failure to act on the role of a now deceased former RUC Reserve Constable, James Mitchell, whose Co Armagh farm is identified as being a hide for the weapons.

The ombudsman's report said that within two hours of police detecting a portion of the arms in a convoy of cars, Mitchell was warned his property was to be searched and the remaining weapons were then moved.

This also raises questions about the so-called Glenanne gang, linked to James Mitchell and made up of loyalists and security force members, the gang has been blamed for 120 killings on both sides of the border.

While the ombudsman’s investigation did not find any evidence of specific intelligence about an intended attack on the Heights Bar in Loughinisland, it did highlight that intelligence was not disseminated in respect of incidents prior to the attack.

According to Dr Maguire this was “sometimes designed to protect informants and meant that valuable intelligence was not provided to those charged with investigating the attacks”.

The report found that sources were not asked for information which could have “prevented attacks such as the murders at Loughinisland”.

The ombudsman’s investigation also highlighted the loss of investigative material as being detrimental to the hunt for the killers.

Records relating to Loughinisland were found to be among those destroyed following asbestos contamination at a police barracks in Armagh in 1998.

The report found that the RUC had failed to keep an inventory of what was stored in the basement of the police station and the possibility of professionally cleaning each document was dismissed on the grounds of cost. The files affected were subsequently destroyed.

The ombudsman’s investigators said there was evidence which makes it clear that RUC senior management were aware that there were sensitive documents when the contamination was discovered.

The report said that it is likely that the interview notes in respect of suspects for the Loughinisland murders were among those contaminated and subsequently destroyed.

Dr Maguire said that during the Troubles police faced immense pressure as a result of the scale of violence.

In his finding of ‘collusion’ in the Loughinisland case, the ombudsman said he used a similar definition to that used in the Smithwick Inquiry which found collusion between the Garda Síochána and the IRA in the killings of two senior RUC officers. The aftermath of the shootings in the Heights Bar

Other key findings of the latest ombudsman report include:

Commenting on those who carried out the Loughinisland killings Dr Maguire said: “Let there be no doubt, the persons responsible for the atrocity at Loughinisland were those who entered the bar on that Saturday evening and indiscriminately opened fire.

“It is also important to recognise that despite the failings identified in this report there have been many within the RUC and the PSNI who worked tirelessly to bring those responsible to justice.”

Click here to see The Detail's previous investigations into the circumstances surrounding the murders in Loughinisland.

The ombudsman's full report can be accessed here.